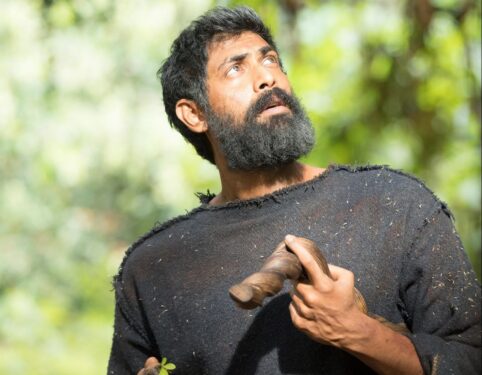 A hat-trick for Eros International – Teaser Release of Three films ‘Kaadan’, ‘Aranya’ and ‘Haathi Mere Saathi’  – A Prabu Solomon directorial starring Rana Daggubati as the lead and Vishnu Vishal in a pivotal role – All set for a worldwide release on 02 April 2020

Eros International, one of the most established and versatile production houses in the country, has always backed content with unique yet important subjects, taking Indian cinema towards a progressive future. This time around, Eros International upped the ante with the teaser release of its trilingual movie – ‘Kaadan’ in Tamil, ‘Aranya’ in Telugu and ‘Haathi Mere Saathi’ in Hindi! These three films explore the human – animal relationship at the backdrop of a forest.

The highly anticipated trilingual drama will star Rana Daggubati as the protagonist in all three titles along with Vishnu Vishal in ‘Kaadan’ (Tamil) and ‘Aranya’ (Telugu) respectively. Meanwhile ‘Haathi Mere Saathi’ in Hindi will feature Pulkit Samrat as the parallel lead.  All three movies also star Shriya Pilgaonkar and Zoya Hussain in important roles.

The story line of all three films has been inspired by the unfortunate real life events of human intervention and encroachment of the elephant corridors in Kaziranga, Assam. The films trace the narrative of a man, the role essayed by Rana Daggubati, who dedicated most of his life living in the jungle with the sole purpose of protecting the animals inhabiting it and how he eventually becomes a pivotal part of the conflict.

Talking about the three projects, Sunil Lulla, Vice Chairman and Managing Director of Eros International Media said in an official statement, “The narrative of all the three titles is very special. We are confident that with its unique storyline, it will be able to impress the audiences.”

Director Prabu Solomon, “I am very excited about the project. The sole objective of bringing out a narrative of this scale, in three different languages, are to appraise and positively  educate the masses about the forest, its landscape, water bodies, weather, seasons, its inhabitants, the flora and fauna and their respective lifestyles which the environment encapsulates wholesomely within itself.  At the same time, his ignorance also pushes him away as such, to portray an uncaring attitude besides the destructive instincts without this key knowledge and understanding of the ecosystem and the way it works. This movie will throw light and present hard facts for the human race to study and understand the environment better. This movie is being made in three languages for the only reason to reach out to the audiences in various parts of India in their own native language. It is a subject which needs everyone’s attention and should become a much talked about subject. I hope we will be able to make a difference with these three titles to garner the much needed awareness.”

Rana Daggubati, the hero of this macho movie has this to say ‘I have always mentioned ‘Bahubali’ as the most difficult of the films I have made so far in my Cinema career on many occasions. But, this movie which was completely shot in the forest presented me with an exciting, altogether different kind of a challenge, thanks to the dense forest and its inhabitants, its magnanimity, the flora, fauna and birds. Especially, elephants are really super awesome. This experience has brought about a lot of change in me, and even I can say it has transformed me for the better in more than many ways.’

Vishnu Vishal, who plays a pivotal role in the Tamil and Telugu titles adds, ‘I have always feared about the nature. The intensity of its immensity has always intimidated me. But, I feel really blessed and I consider it a boon to be a part of this great movie, which has taught me a lot about the nature and the environment in the most lucent and eloquent way ever.’
Debutant Cinematographer Ashok Kumar has captured the exotic beauty of the nature and the ruggedness of the battle field with equal and extraordinary elegance. A new editorial talent Buvan has made his cut with this movie which marks his arrival to the Tamil, Telugu and Hindi industries alike. Stunts Siva and Stunner Sam are the talents behind the path breaking action sequences.

Shantanu Moitra has scored the music.  Shantanu is known for his work in ‘3 Idiots’, ‘PK’, ‘Pink’, ‘Parineeta’ and ‘Wasir’. He has also worked with Resul Pookutty for the movie ‘Slumdog Millionaire’.  Oscar Award winning Sound Designer Resul Pookutty trusted for his astonishing and natural sound sequences has played his part, breathing life through the sound of the forest. This films impressive VFX is done by Prana Studios, popularly known for their projects like Life of Pi, Thor, Bymokesh Bakshi and Planes among others.

This trilingual movie produced by Eros International Production and directed by Prabu Solomon, with Rana Daggubati as the lead and Vishnu Vishal in a pivotal role, titled ‘Kaadan’, Aranya, and ‘Haathi Mere Saathi’ is all set for a worldwide release on 02 April 2020. 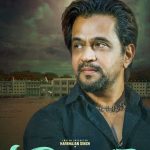 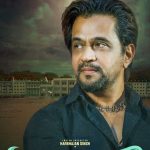 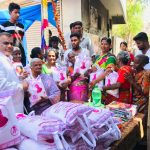 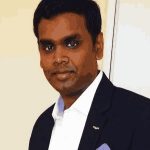 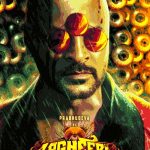 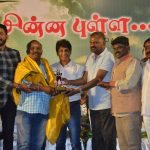 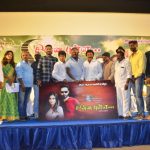 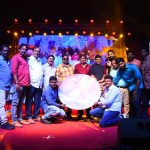 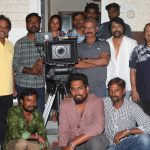 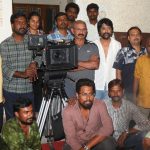