Kayamkulam Kochunni is a grand film. Its grandeur is not merely physical though, but a factor of its worldview, political sensibilities and sensitivity. An impoverished Muslim child who, in his adulthood, was brutalised by wily Brahmins and ultimately driven to crime, stealing from rich upper-caste Hindus and providing to poverty-stricken Dalits – at any given time in India, a film based on this story would be significant. The 19th century Malayali Robin Hood’s biopic is particularly relevant though in India of 2018, where Muslims are being marginalised, degraded and lynched by right-wing Hindutva forces while the Dalit community is on the boil.

This big-screen interpretation of his life is reportedly the most expensive Mollywood venture till date. Comparisons between Kayamkulam Kochunni and the Tollywood epic Bahubali are inevitable, so let me get this out of the way. Bahubali 1&2 are fantasy dramas, this one is based on a true story. The Bahubalis were ostentatious films about wealthy kings, Kayamkulam Kochunni is opulent in its own way but it gives more space on its massive canvas to the poor than to the rich, to the oppressed than to the oppressors. The Bahubalis were socially and politically conformist for the most part, Kayamkulam Kochunni is a celebration of non-conformism and social rebellion.

Moments after the film opens, young Kochunni of Kayamkulam town gets an early Les Miserables-style lesson in inequity and injustice when his father is beaten to a pulp for stealing grain to feed his starving family. On leaving home, the little Muslim boy encounters unexpected kindness from an upper-caste Hindu gentleman and, despite his bitter childhood memories, grows up to be a happy-go-lucky youth, popular among locals and generous to a fault. His schooling in caste tyranny among Hindus and British colonialism, his love for the shudra woman Janaki, his encounter with the dreaded dacoit Ithikkara Pakki and his own journey to banditry are all chronicled in considerable detail in this film snappily edited by Sreekar Prasad.

Like Rajeev Ravi who directed the blockbuster Kammatipaadam and so many other wonderful Malayalam directors, Rosshan Andrrews too does not assume that films on marginalised communities must perforce be artsy, niche, small and underplayed. Kayamkulam Kochunni is, among other things, an imposing spectacle. The river that runs by the town and the natural splendour of the region are beautifully shot both by day and by night by DoP Binod Pradhan, as are the lushly lit Kalari scenes led by veteran actor Babu Antony. The most powerful image from the film to my mind though is of Kochunni getting married inside a giant pyramidical tower created by poor men standing one on top of the other’s shoulders. That evocative picture combined with the throbbing chants of those people forms one of the most impactful passages from Kayamkulam Kochunni.

Such carefully crafted imagery ensures that despite its visual scale, heart-stopping action, high-adrenaline chases and Gopi Sundar’s pulsating music, the dominant takeaway from Kayamkulam Kochunni is its politics and humanity.

That said, a film that represents the country’s lowest castes, the poor and a beleaguered religious minority with such sensitivity is surprisingly neglectful of women. The female characters are all present here either to be loved, protected or exploited by the men and not as individuals in their own right. The ultimate irony is that Kayamkulam Kochunni features an item song during which the camera remains fixated on Nora Fatehi’s bottom. Only one woman gets significant screen time, prominence in the plot and any kind of agency. Even the crowd scenes and the musical choruses are dominated by men. This is not what one would expect from a film directed by Andrrews and written by Bobby-Sanjay, considering that their most successful recent collaboration was Manju Warrier’s comeback film after a 14 year hiatus, How Old Are You. That film was woman-centric but did not erase men. In this one, it is as if the team could not envision crucial leadership or participatory roles for the so-called weaker/gentler sex in an action adventure. (On this front alone, Baahubali 2 scores over Kayamkulam Kochunni with Anushka Shetty’s atypical Devasena.)

The cast is packed with known names. Priya Anand does a decent job of playing the unpredictable Janaki, as does Sunny Wayne in a meaty role as Kochunni’s bete noir Keshava – neither of them is great, but they are fair enough. Mohanlal appears late in the film as that other legendary highway robber, Ithikkara Pakki, and lends an animalistic touch to his performance as a brigand with a heart of gold. The camera is careful not to pull out too far when his character is throwing punches, which is a good thing because it has been a long time since Lalettan has looked convincing in action scenes. However, his screen presence and star stature give this character the weight it deserves despite this being only an extended cameo.

Shine Tom Chacko stands out among the able supporting actors, playing a Brahmin with empathy for Dalits. (Possible spoilers ahead) The only off-key performance comes from Thesni Khan as a woman Kochunni considers family. At arguably the most important turning point in the leading man’s adult life, her ambiguous facial expressions leave a question mark over whether she is helpless and scared or intentionally traitorous.

In fact, the writing itself becomes thoroughly awkward around the final betrayal of Kochunni. The screenplay attributes what feel like contrived motivations to every single person who lets him down.

Nivin Pauly is an unusual choice for Kochunni since he does not have the body type conventionally associated with action heroes (read: Prabhas and Rana Daggubati). Yet, despite his increasing bulk, Pauly is surprisingly agile in the fight scenes. He also does a remarkable job sans gimmickry of capturing the protagonist’s transformation from innocence to seething, volcanic fury, from that simple young man called Kochunni to Kayamkulam Kochunni of folklore in whose name a shrine exists attached to a temple in Kerala.

Pauly is currently one of the poster boys of middle-of-the-road Malayalam cinema. Kayamkulam Kochunni is a reminder that he is as adept at headlining a humongous, overtly massy project as the delicate little gems he is so closely associated with. This is a film that is large in every conceivable way – large to look at and large of heart. Its strength lies in the fact that its soul overshadows the spectacle at each turn, and the lasting memory from it is of a poor Muslim man who soldiered past his hellish beginnings to become a messiah for the most downtrodden of his people. 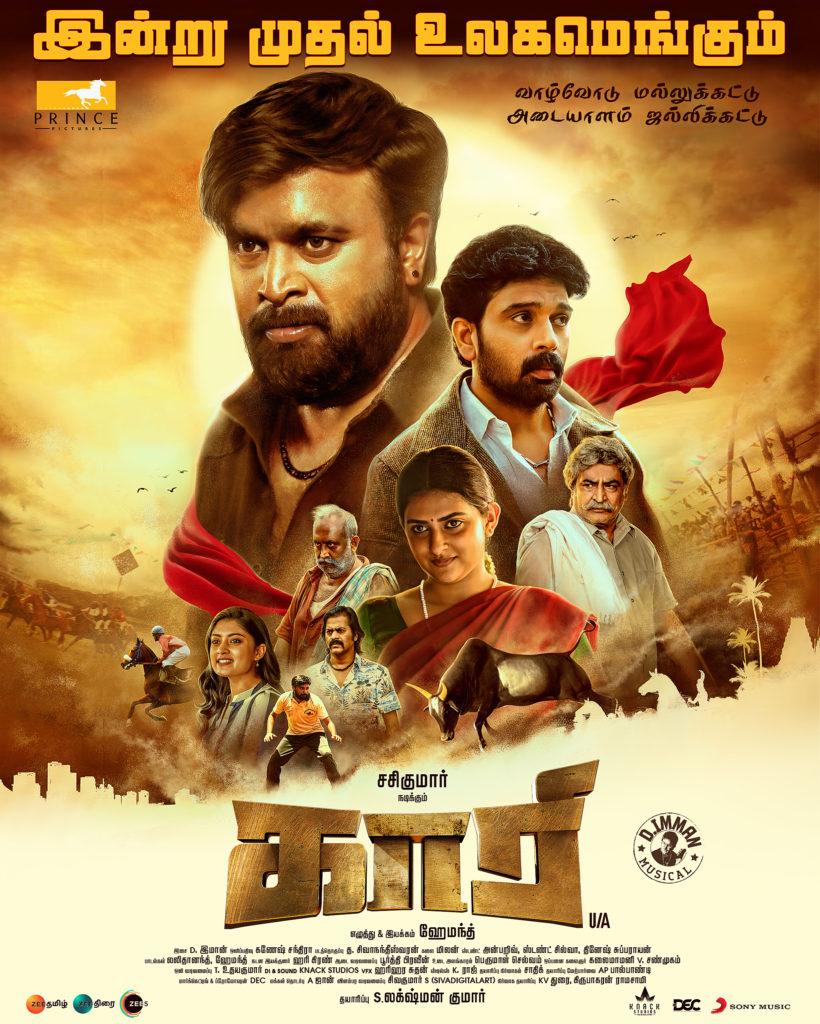