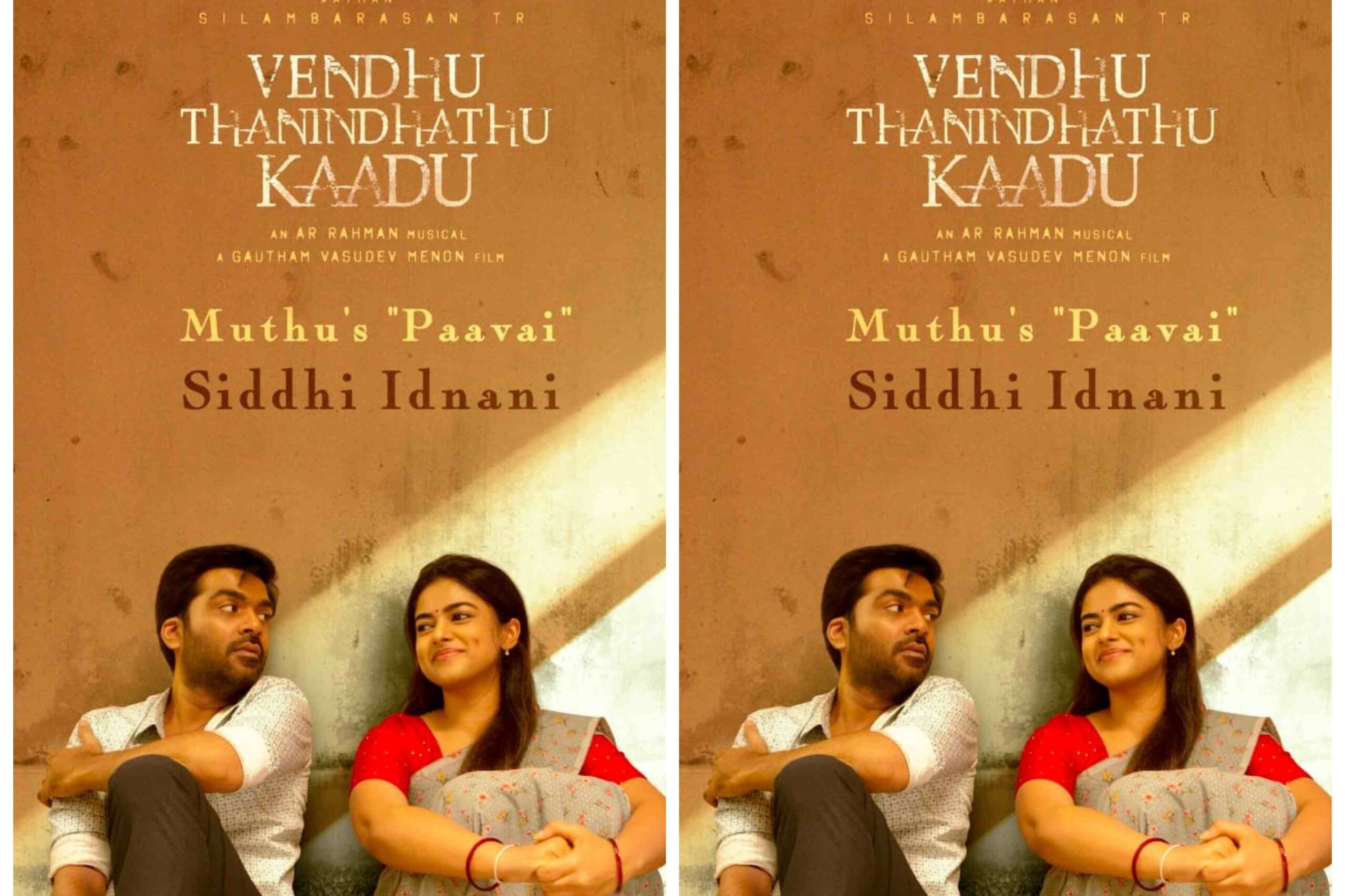 Gautham Vasudev Menon movies have been the sheer exemplifications of adoring and glorifying the women. The female characters are so groovy and substantial that many actresses swept the hearts of zillions with their presences, and many were able to reinvent their charisma. GVM’s Midas-Touch is so magical that these female characters become so much close to everyone. Guess who’s the next in this league to get prettified? She’s Siddhi Idnani, the Mumbai-based actress, who shot to fame for her graceful appearances in the Telugu movies like Jamba Lakidi Pamba, Prema Katha Chithram 2, and Anukunnadi Okati Ayinadi Okati. The actress makes her debut in Tamil industry with the film ‘Vendhu Thanindhathu Kaadu’ starring Silambarasan TR in the lead character, directed by Gautham Vasudev Menon and produced by Vels Film International Dr. Ishari K Ganesh. Much alike the erstwhile movies of GVM, the female lead character will have strong and intense role in VTK as well.

Currently, the crew is shooting major portions in Chennai following which, the final schedule is planned in Mumbai.

The teaser of Vendhu Thanindhathu Kaadu along with the song ‘Marakkuma Nenjam” composed and crooned by AR Rahman has already become a raging hit, thereby escalating the expectations over this film.