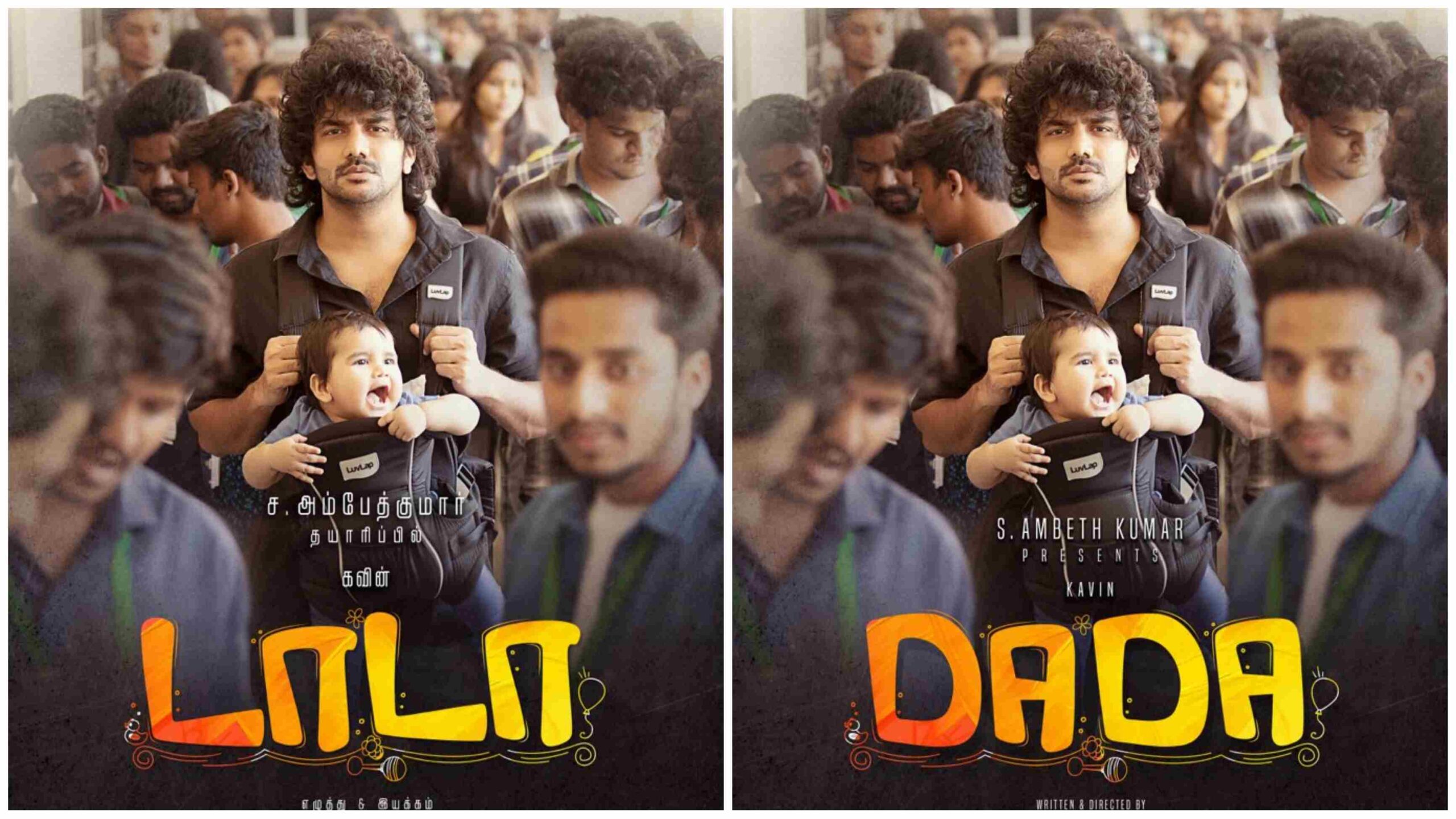 S. Ambeth Kumar of Olympia Movies has been under the spotlight for his great potential of producing a myriad of films scheduled at different stages of production. One among them is his “Production No:4”, directed by debut filmmaker Ganesh K Babu, which features Kavin and Aparna Das as the lead characters. A beautiful romantic movie by its genre has lots of amusement to offer the audiences. In fact, the project has become the cynosure of larger crowds due to the presence of Kavin, who owns a greater fan base. While the first leg of the shooting is already completed, the first look of this movie along with the title “DADA” is revealed now.

Filmmaker Ganesh K Babu states that the reason behind this title is its familiarity. Everyone would have mentioned this word or come across it, at least once in their lifetime. Besides, the title has lots of significance and relevance to the script.

The entire crew is vigorously involved in shaping the project for a colossal output. The second schedule will be commencing shortly, and the entire shoot is expected to be wrapped up soon. The entire movie has been shot in and around Chennai.

While Kavin and Aparna Das are playing the lead roles, K Bhagyaraj and Aishwarya are making their appearances together on the screens 30 years after their blockbuster movie ‘Rasukutty’. The others in the star cast include ‘Mudhal Nee Mudivum Nee’ fame Harish, Vazh fame Pradeep Antony, and many others.

Read Also  A new Spotify Original to go with your hot cup of tea or coffee: Nallanna Murukku - The RJ Balaji Podcast.