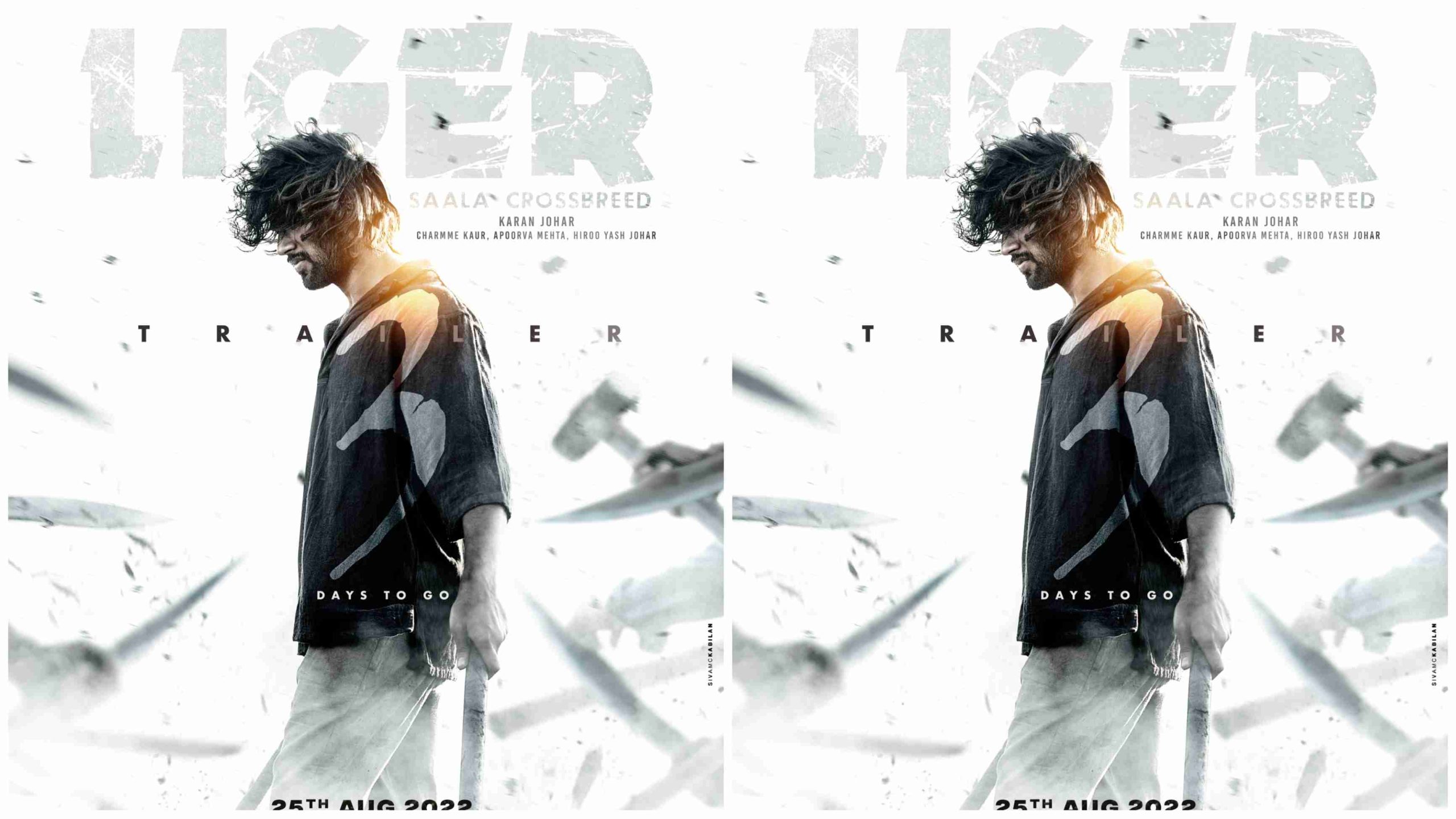 The much-awaited teaser of the crazy Pan India entertainer Liger (Saala Crossbreed) starring The Vijay Deverakonda will be out on July 21st. Given, the Puri Jagannadh directorial is a Pan India film, the makers have decided to hold the trailer launch event in south as well as north.

The makers have unveiled a video- Behind The Scenes Of Trailer Launch Event, where Vijay Deverakonda, Karan Johar and Charmme Kaur, in presence of other team members. While Charmme put in the proposal of holding two events, Karan approved it and Vijay opined the trailer is going to create the storm. So, the Hyderabad event will take place at Sudarshan Theatre In RTC X Roads at 9:30 AM, the Mumbai event will take place at Cinepolis In Andheri at 7:30 PM.

While the team already created enough noise with teaser, posters and first single, the trailer is expected to set the internet on fire across the nation.

Ananya Pandey is the leading lady opposite Vijay Deverakonda in the sports action drama, that marks debut of Mike Tyson on Indian screen.

Puri Connects is producing the movie, in collaboration with Bollywood’s leading production house Dharma Productions. Puri Jagannadh, Charmme Kaur, Karan Johar and Apoorva Mehta together are bankrolling the film on a grand scale.

Vishnu Sarma is the cinematographer, while Kecha from Thailand is the stunt director.

Read Also  Abhishek Bachchan expresses gratitude towards cast and crew of Amazon Prime Video’s Breathe: Into the shadows; ”Till we Breathe again…”