More than 400 artistes, musicians and classical dancers to be showcased by Kalaimamani Parvathi Ravi Ghantasala.!! 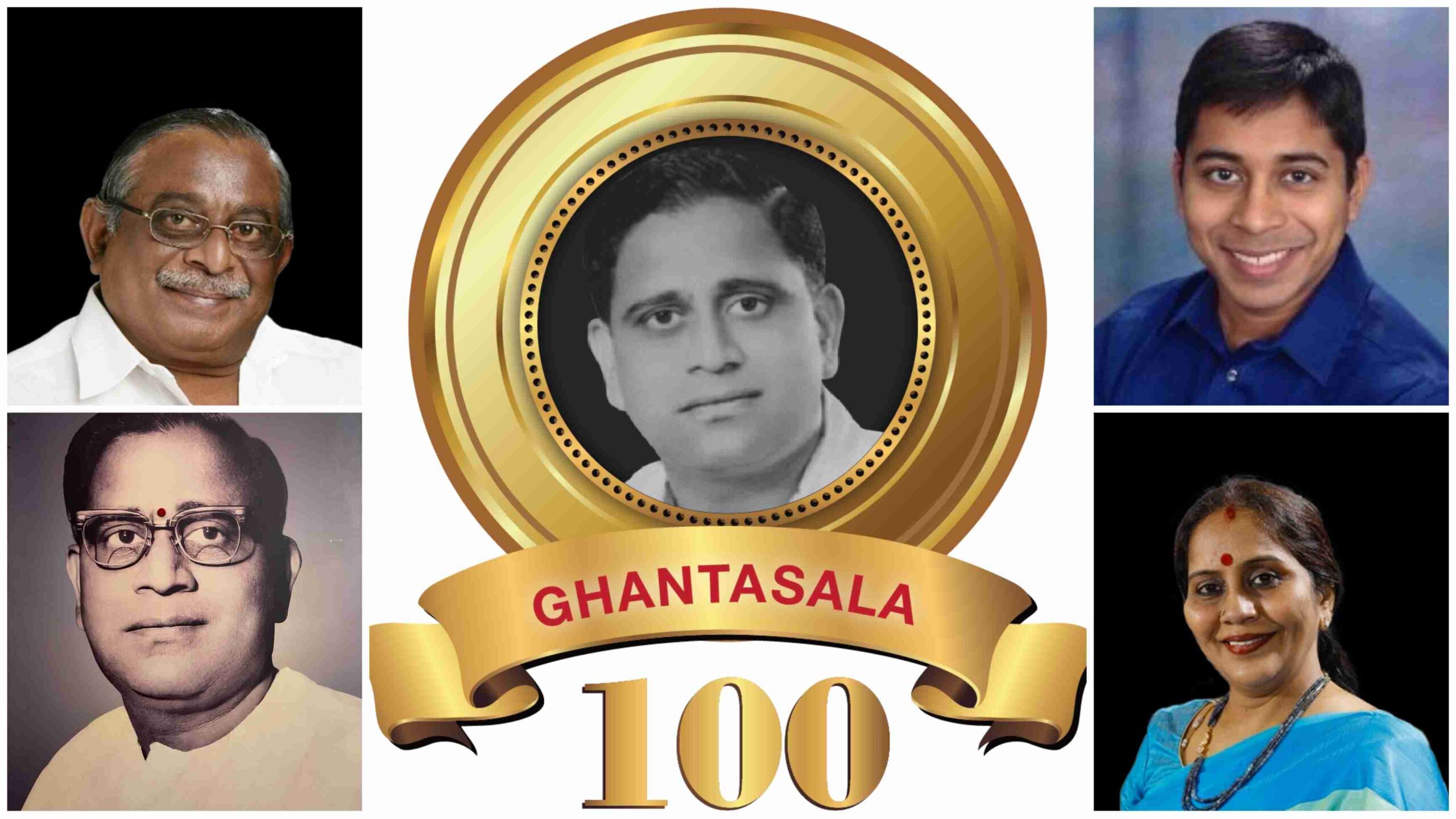 The birth centenary of musical genius Padma Shri Ghantasala Venkateswara Rao will be celebrated by the Union Ministry of Culture in association with Kalaimamani Parvathi Ravi Ghantasala’s Kala Pradarshini.

The event will give young artistes and child prodigies an opportunity to work with leading artistes who have won state and national levels.

Ghantasala presented his last work as a masterpiece. For that he meticulously selected 100 verses from the Bhagavad Gita. Ghantasala’s Bhagavad Gita musical composition has crossed 22 million views on YouTube. For the first time ever a tribute of a worldwide collaboration of 175 artists covering all Indian Classical dance forms from across 15 countries will be inaugurated. All the classical dances of India will be part of this tribute- from North to South. Forty national award-winning artistes and 60 state award-winning artistes will participate in the programme.

More than 100 children youth choir will perform. More than 200 children are being trained across various academic institutions and 100 are chosen for this unique display. For the first time ever an accapella for Ghantasala garu will be released.

A live grand finale of Indian dances with more than 100 artistes (6+ years to 60+ years) will perform for a medley of Ghantasala lead by Kalaimamani Parvathi Ravi Ghantasala of Kala Pradarshini.

There will also be a Commemoration Book launch at the event. Also, the Ghantasala Kala Pradarshini Puraskars will be presented during the event, legendary personalities will be conferred with Puraskars.

A playback music tribute by Mani and Band with leading next generation, movie fame super singers like Sai Vignesh, Samanvitha, Spoorthi Rao, Gowtham Bharadwaj and Sushmitha Narasimhan will do a tribute concert.

Kala Pradarshini, run by Parvathi Ravi Ghantasala has been working to promote and preserve India’s traditional art forms around the world since 1998 by organising various programmes around the globe. More than 10,000 artistes and countless supporting artistes, technicians and staff have benefited from these art programs.

Parvathi Ravi is an award-winning mentor, choreographer and teacher of Bharatanatyam. She has won several titles including Kalaimamani (1999), the Special Kalaimamani (2020), Guinness book of world records for the largest Bharatanatyam class and recognitions internationally as well.

With a successful career in the world of art for over four decades, Parvathi Ravi has seen success in various initiatives to promote traditional art among the youth through her organisation, Kala Pradarshini. Parvathi says – a country needs engineers, doctors, lawyers and accountants, but a nation needs artistes to be a bridge to its culture and roots to their motherland.