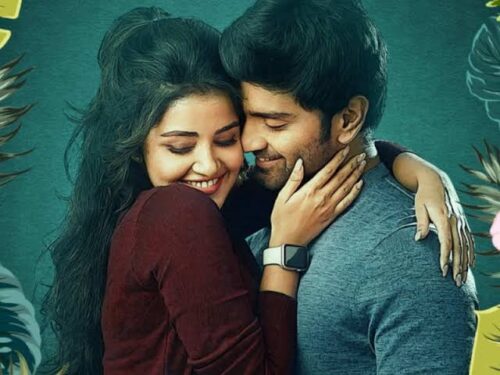 Director R. Kannan has been synonymous with the best breezy family entertainers that have been illustrious with movies like Jayam Kondan, Vandhaan Vendraan, and Kanden Kadhalai. Besides, he has made commendable movies in different genres, which have found good reception that includes ‘Ivan Thanthiran’ as well. He is now making his comeback to his favorite domain – a beautiful family entertainer with ‘Thalli Pogathey’, which has emotions, humor, and love encapsulated together. The film features Atharvaa Murali and Anupama Parameswaran in lead roles with others in the star-cast comprising Amitesh, Aadukalam Naren, Vidyullekha Raman, and few more prominent actors.

With the dubbing works of the film already completed, the promotional phase is in full swing. The official announcement about the film’s release will be out soon.

The movie has a musical score by Gopi Sunder and cinematography handled by N Shanmugha Sundaram. Kabilan Vairamuthu has written lyrics and dialogues.

The film is directed and produced by R.Kannan for Masala Pix in association with MKRP Productions