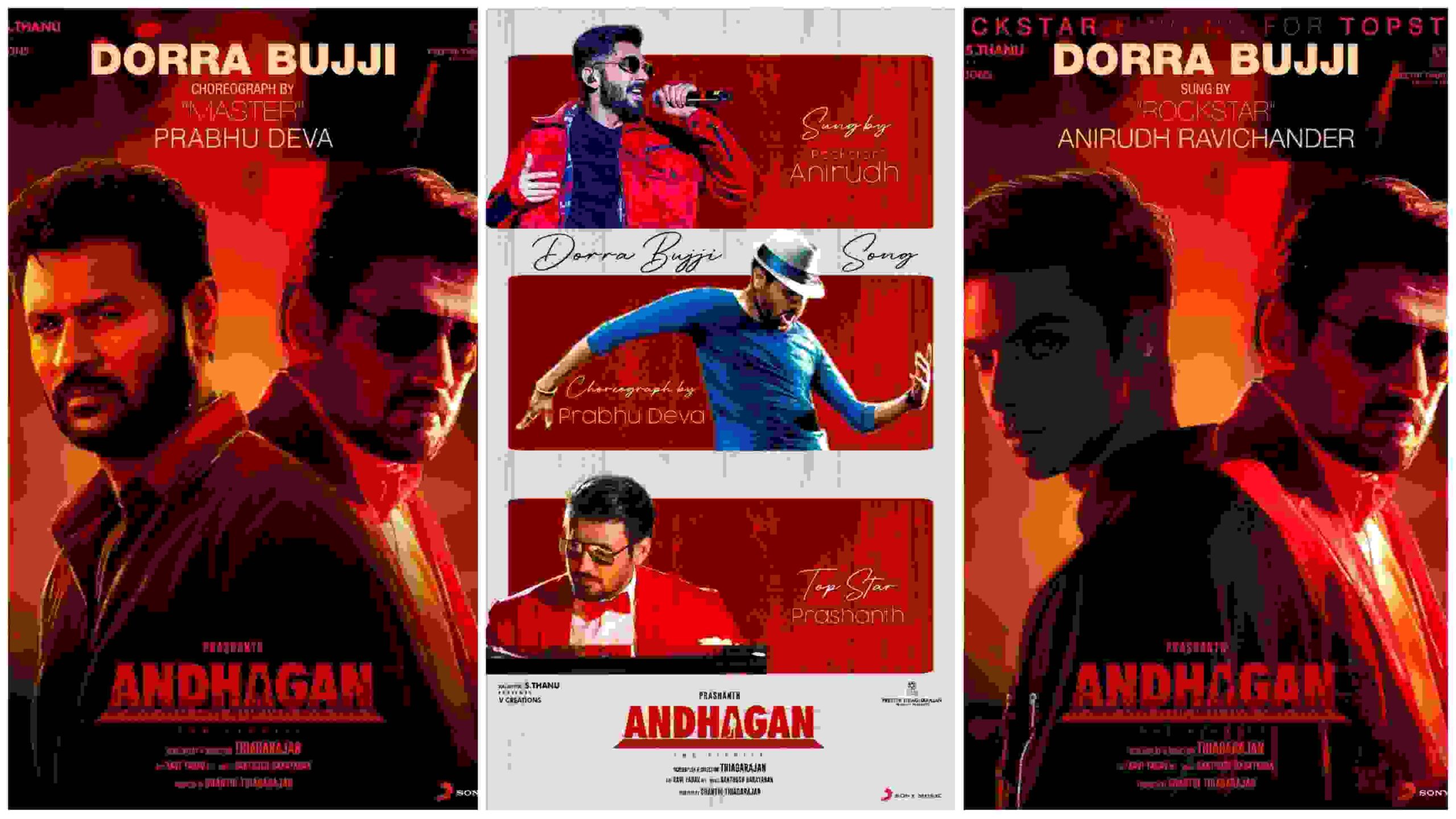 Topstar Prashanth’s mega budgeted multi star movie *Andhagan* is being directed & Produced by Prashanth’s father Actor/Dir.Thiagarajan. The movie is completed except for a song. For the climax & for promo *ROCKSTAR Anirudh* has sung an euphoric, foot-tapping song *DORRA BUJJI PARRRA MACHI which will make listeners go kooky whacky & funky.

Adding to the attraction is Makkal Selvan *VIJAI SETHUPATHY* also joined in crooning this ecstatic song. Dancing sensation Prabhudeva has been roped in to choreograph this excellent song, humongous set is getting ready & all the stars of Andhagan with 50 dancers will perform this sensational song.Preparations are underway for releasing this trending song soon, after that Audio will be released in a grand function. *Kalaipuli Sri S Dhanu* will release this much expected Andhagan all over the world.

Actor Prabhudeva and director of Bagheera, Adhik Ravichandran are all praises for the talented actor, Amyra Dastur !

Actor  Dulquer Salmaan records a rap song for Hey Sinamika in just One and Half Hours.