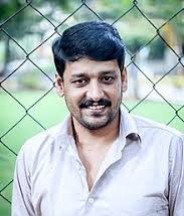 Actor Vidharth keeps winning the hearts of universal audiences with the right choice of scripts and naturalistic performances. Indeed, he is ennobled as ‘Safe Bet’ by everyone in the trade circles, which has made him a favourite of producers. It has been evident with the movies he has done so far, and the actor has now completed shooting for his 25th film, which is directed by Srinivasan, who has written story, screenplay, and dialogues. Dhanya Balakrishnan is playing the female lead role in this film. The others in the star-cast are Vikram Jagadeesh (Ondikatta fame), Pawlin Jesica (Vaaytha fame), Marimuthu, Munar Ramesh, Nithish, Ajay, Vinod Sagar, Moorthy (Pichaikkaran fame), Doubt Sendhil, Suba Venkat, Baby Janani, and few more prominent actors. Apart from the artistes, the objects like a waste garbage dustbin and garbage lorry will play a key element in the screenplay.

The technical comprises Jayachandran, BFA (Art), Praveen KL (Editor), Kanal Kannan (Stunt), Vivek Anand (DOP). With the film having montage based songs alone, the makers have already completed shooting them and are now holding talks with some leading music directors to compose songs. The entire shooting of this film was completed in just 38 days. The major portions are shot in Chennai and a few across the locales of Tirukoilyur. Most of the sequences are shot at night as the complete story is about incidents across six nights and seven days.

The yet-to-be-titled film belongs to the ‘Thriller’ genre that centers on protagonist Shankar, who has pursued an ITI course and aspires to become the police. He has a strange gift from his childhood of having dreams of bizarre incidents that soon occur in reality. Among all of them, he experiences a nightmare and sets out to prevent it from happening. Will he succeed with the mission? It forms the crux of this story.

The film is produced by Jothi Murugan and Srinivasan for Benchmark Films.

E.P.KO 306- A film based on true story- The film brings to limelight the political drama, the unethical business behind the NEET examination.

Based on the True Incident “CALL TAXI” is Evolved.!