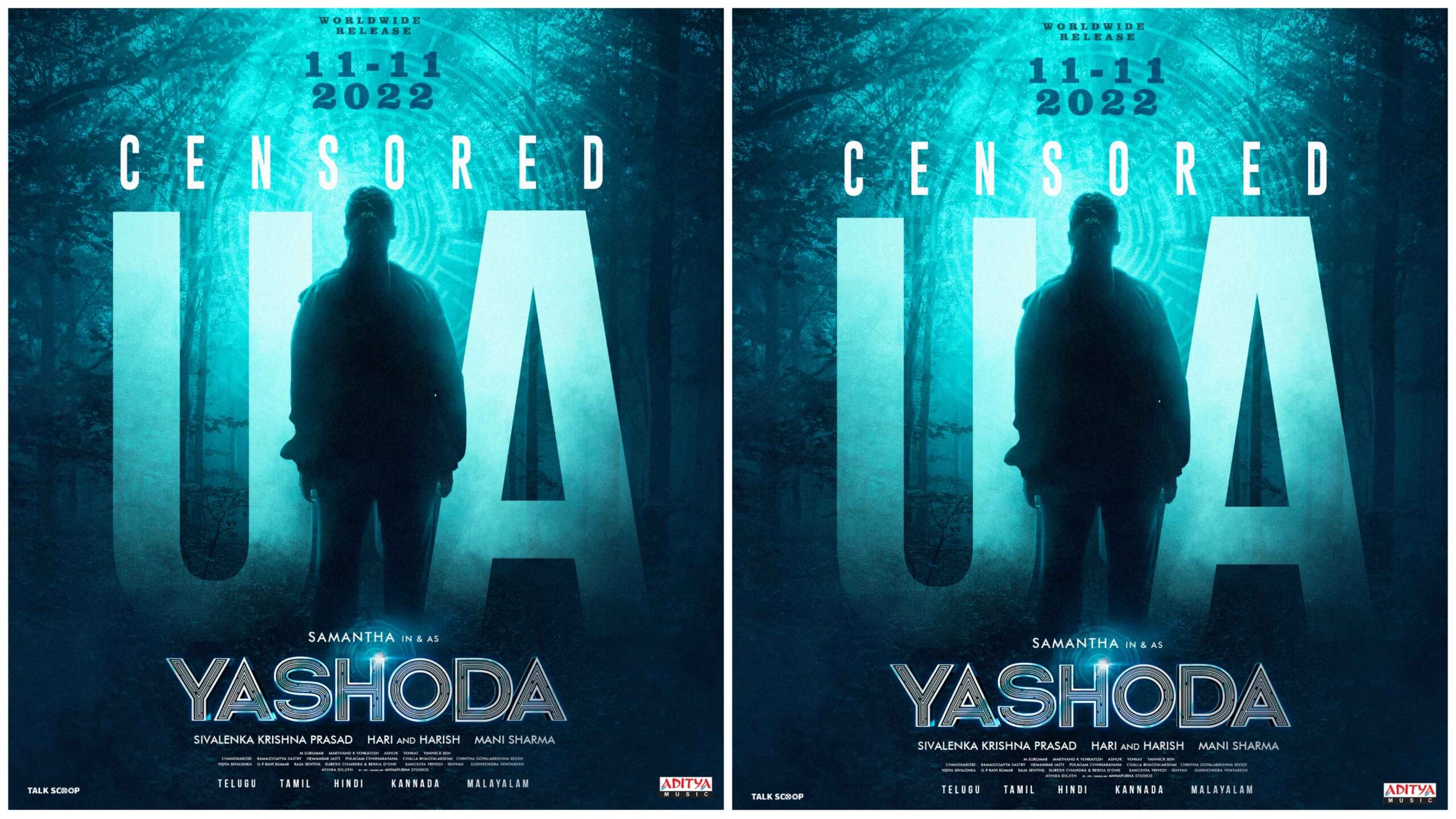 Samantha is seen playing extreme Action stunts in ‘Yashoda’ like never before. With huge hype on the film it is now censored with U/A Certificate.

The Trailer of this much-awaited Action-packed emotional thriller stirred up the ongoing buzz on surrogacy and medical crimes.

Playing a surrogate mother in the direction of the talented duo Hari & Harish, Producer Sivalenka Krishna Prasad is releasing the film worldwide on November 11th.

Popular stars like Unni Mukundan, Varalaxmi Sarath Kumar and other star cast are playing crucial roles in this Pan-Indian film made under Sridevi Movies.

Samantha’s dedication towards cinema despite her rare illness has got her huge support from fans all-over the world. Showering immense love and wishes, celebs and audiences across India commended her will power and strength.

Thus, Yashoda is not just the most awaited film of Samantha but also the First Female Oriented Pan-Indian film to release in 5 languages.