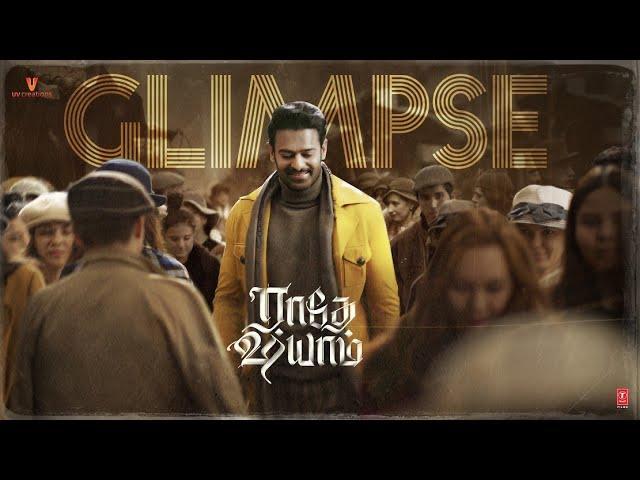 The makers of the much-anticipated ‘RadheShyam’ have made this Valentines’ week more lovable and memorable. With the glimpse of the film, the makers have announced that the film is all set to hit the silver screens on 30th July, 2021!

Post the dreamy poster of ‘Darling’ Prabhas that was revealed recently, a glimpse of the project is all the audience had been waiting for.

Set in the picturesque time of vintage Rome, the video starts on a train, making its way through the woods. Within the hustle bustle of a Romanian railway station, Prabhas is seen flirting with Pooja in Italian.

Amidst the bustling crowd of the railway station, Prabhas can be seen calling her out, and saying, ‘Sei Un Angelo? Devo Morire per incontrarti?’. The fans have been intrigued by the lines spoken by Prabhas and have started searching for the meaning.

With such beautiful and eye-catching locations of the streets and the woods in place, set in the ever-charming town of Rome, the glimpse is the perfect gift of Valentines’ that the makers have gifted the audience with.

The glimpse of the film, has left the audience enchanted with love. The movie is considered the biggest love tale of the decade, which will see Prabhas on the romantic side, after almost a decade.

Ever since its first announcement, the fans have been waiting with baited breath to see the Pan-India star Prabhas romance the gorgeous star, Pooja Hegde in the film.

‘Radheshyam’ will be a multi-lingual film and is helmed by Radha Krishna Kumar, It is being produced by UV Creations. The film features Prabhas and Pooja Hegde in the lead roles.

The film is produced by Vamsi and Pramod.

Gear up and watch out for 2021 as the year of Radheshyam.

I Am Proud To Share The First Glimpse Of Narappa With You All – Victory Venkatesh.