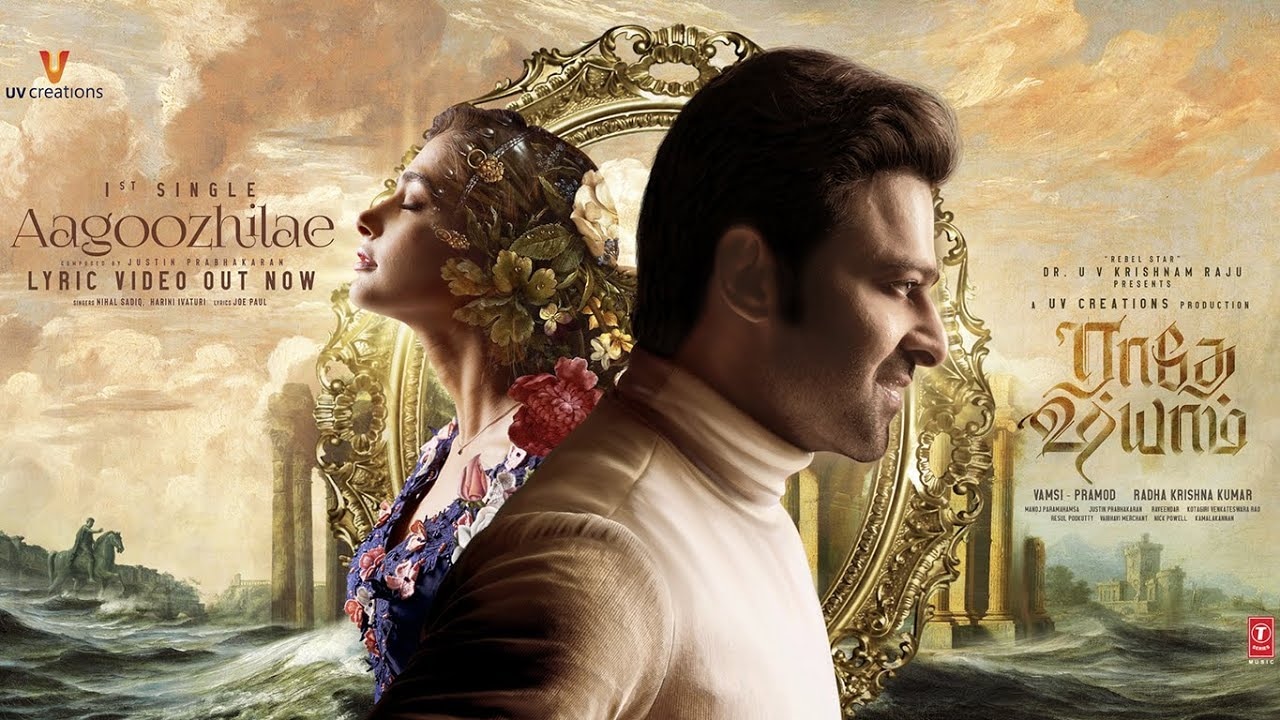 All eyes are on pan-India star Prabhas’ pan-Indian movie Radhe Shyaam. Weeks after the film’s teaser won the hearts of millions and days after a poster increased the anticipations, the makers have now unveiled a heart-touching song.

The lyrical video has left the fans excited and curious for the movie. A conceptual 3D video, it is a one of its kind song attempted for first time in these parts.

The poetic visceral video has deep inner meanings. More importantly, it has two dimensions to it – while the first one has been conveyed along with the lyrical video, and the second one will be out when audience watch the actual song in the movie. It is going to be a visual delight for them in theatres.

The conceptual video has been released in 4 regional languages – Tamil, Telugu, Malayalam and Kannada. Justin Prabhakaran has composed music for the song in all the four southern languages, while *Yuvan Shankar Raja* has sung the Tamil and Telugu versions.

Interestingly, the Hindi version has a different music for the same lyrics. Perhaps for the first time something like this is being attempted in Indian cinema, which is no doubt another feather in the cap of Radhe Shyaam.

Going by the teaser, there is no doubt that Prabhas’ role is a very unique one. No actor comes to mind when recalling last time an actor took on such a unique ride. Prabhas’ fans are surely in treat with multiple gifts with his portrayal in Radhe Shyaam.

A few days earlier, another special poster of Prabhas was unveiled and prior to that an eye-catching poster of his co-star Pooja Hegde was also out on her birthday. The duo has got the fans excited and they can’t wait to watch them pair up on screen and create magic.

The film will hit the screens on January 14, 2022. Radhe Shyaam will be multi-lingual film and is helmed byRadha Krishna Kumar, It is produced by UV Creations.
The film is produced by Vamsi and Pramod

Who is Vikramaditya? Prabhas’s new Radhe Shyam poster is out, teaser to come out on his birthday.

Another mega budget PAN india project is loading from the Kannada industry.