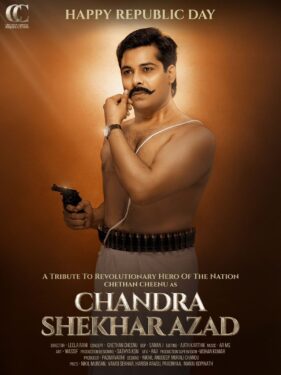 In a tribute to India’s freedom fighters, actor Chethan Cheenu, known for ‘Karungali’ and ‘Naan Sigappu Manithan’ in Tamil and ‘Raju Gari Gadhi’ and ‘Mantra 2’ in Telugu, has done a photoshoot as 12 different freedom fighters.

These photos have been released, as a Tribute to Iconic Heroes as Republic Day special. The Pre Looks of the photos were released from January 23rd.

Speaking about the initiative, Chethan Cheenu said he discussed this idea with his sister a few years ago. “This initiative had actually started as a film. I wanted to represent some freedom fighters on screen and began researching about them. 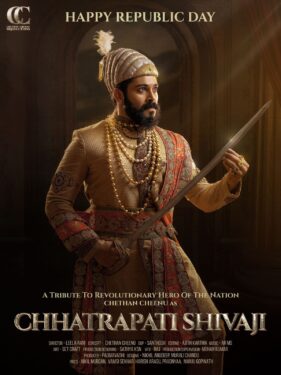 In view of the huge expense involved in making a film of this scale and having in mind the ongoing pandemic situation, we then decided to go ahead with a realistic and grand photo session before commencing the movie. Following this, we held a calendar photoshoot of 12 freedom fighters”.

Chethan Cheenu said the making video of the photoshoot will also be released in the coming days. 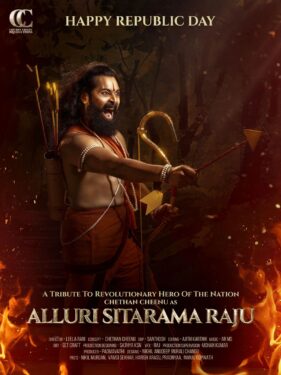 He said that Kamal Haasan was his inspiration to try this project. “I would be very happy and satisfied if I could achieve at least one percent of what he did,” he added.

He also said that those who saw the photoshoot have appreciated it a lot.

Chethan Cheenu started his acting career as one of the child artistes in the film ‘Anjali’ directed by Mani Ratnam. Following this he acted in many commercials. 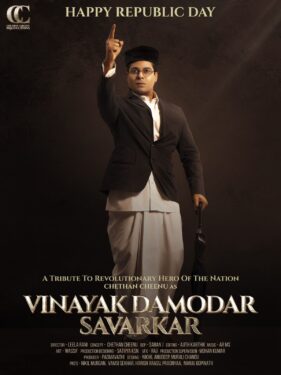 His next film ‘Vidyarthi’ (‘Manavan’ in Tamil) as the protagonist is ready for release. Also, he plays the lead role in a multilingual film directed by actress Kaveri Kalyani.

Following are the 12 Freedom Fighters that Chethan Cheenu has portrayed in his photoshoot:

The technical team of the photoshoot comprises of :

An innovative first ever attempt in Tamil Cinema,   #Assault and #Fault – Twin Movies based on ‘1 Shoot 2 Pictures Concept’

An innovative first ever attempt in Tamil Cinema, #Assault and #Fault – Twin Movies based on ‘1 Shoot 2 Pictures Concept.!

The company AR Entertainment that has been distributing films is now making their first mark into film production.