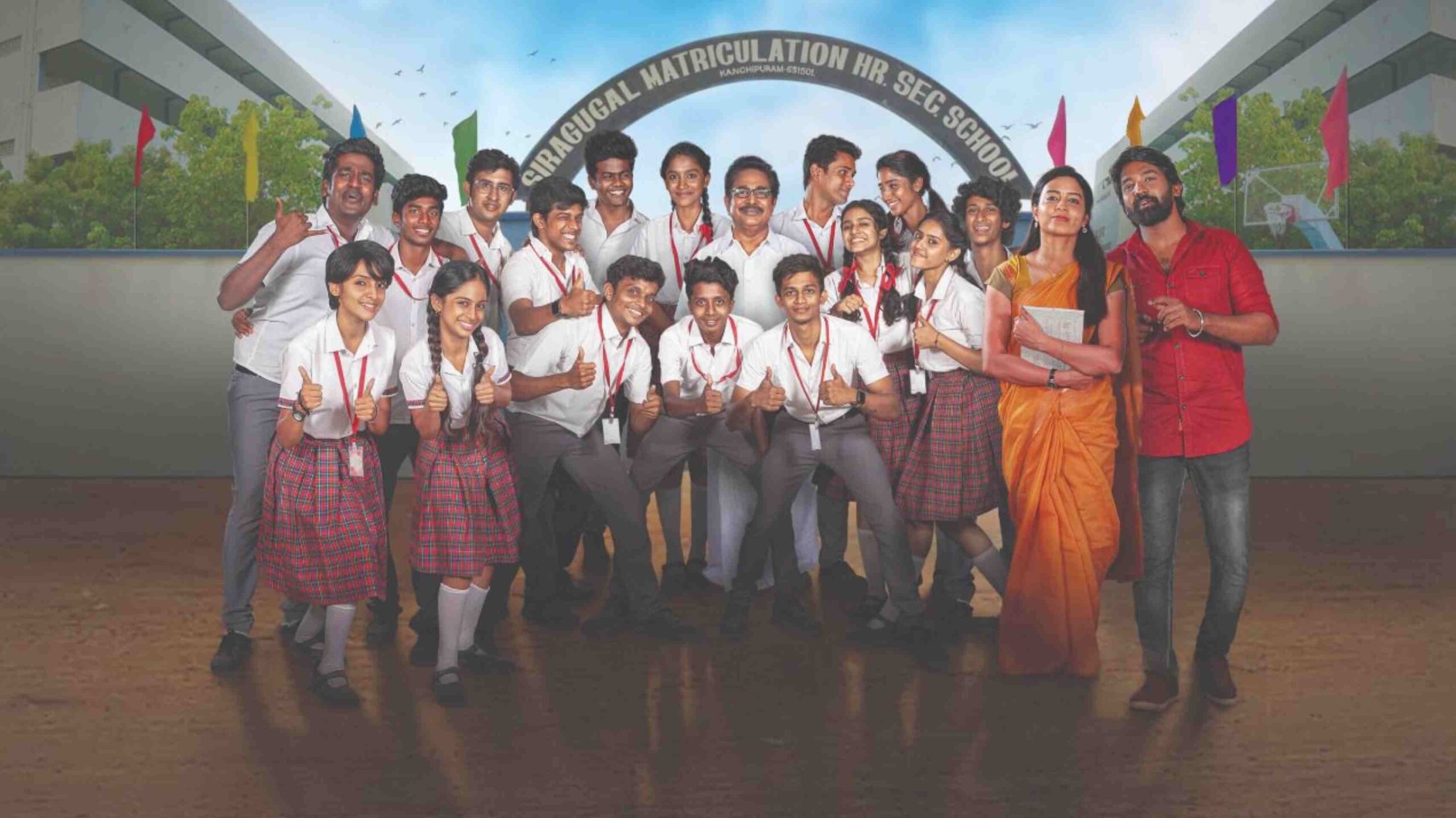 “Kanaa Kaanum Kaalangal” the show that ruled the TVs in late 2000 is the first ever show in Tamil that focused on a school life. It was a trendsetting show, especially amongst the youth, that marked the debut of many artists as well as technicians for whom the series became a major breakthrough following its grand success. Most of the artists from the series continued to work in lead/supporting roles in serials/cinema and became successful in various other domains of media and arts as well.

Now “Kanaa Kaanum Kaalangal” Web series in a brand new look  is entirely rehashed now on Disney+ Hotstar with a fresh storyline and new batch of actors that is slated for release on April 22nd, 2022.

Siragugal high school is situated in a growing town in Kanchipuram district. The School correspondent Mr Sakthivel,  a kind hearted man who has run the school successfully for the last 25 years and helped so many underprivileged students in giving education, is excited to reopen the school after a 2.5 years break due to pandemic. The story revolves around heartwarming friendhships, teenage romances and the rivalries that form between the old school students and the bunch of new joinees. Shakthivel faces a biggest challenge when he gets a government notice to shut down the school due to low turnout in admissions. How does school management, staff and students come together to save the school from closing down forms the rest of the season.

The actors of the previous series have shared their thoughts about the new series.

Bigg Boss fame Raju said, “Kana Kaanum Kaalangal gave me a platform to introduce myself to the whole world. The show has gifted me lots of good memories that are more than my college days. It had so much of a lifestyle in it. Many aspiring actors got a good scope through the series just like me. It’s great to see the new season of Kana Kaanum Kaalangal, and I believe the audience will enjoy the show.”

Actor Bala Saravanan said, “The words ‘Kanaa Kaanum Kaalangal’ itself gives so much immense happiness within. This series made my dreams come true and nurtured me as an actor. I request everyone to extend your support as you did for us.”

Actor Rio Raj said, “Kanaa Kaanum Kaalangal is an unforgettable emotion in my life. This show is going to introduce many new talents and offer good memories, fun, and entertainment to all. I request everyone to watch the show and enjoy.”

Actor Vishnu said, “I always desired to become an actor, but didn’t openly express myself anywhere. Kanaa Kaanum Kaalangal broke this barrier and gave me complete confidence. It’s elating to see that the show is back again. It’s great to see new talents arriving with this show, who will definitely have a breakthrough. I congratulate them in advance, and request everyone to support them.”

Disney+ Hotstar reveals the title of its new Robotic Rom-Com series ‘MY3’, inside the Bigg Boss Ultimate House

Disney Plus Hotstar’s Anbarivu is the first blockbuster of 2022

The biopic of Indian cricketer Pravin Tambe ‘Kaun Pravin Tambe’ will be released on Hot Star site on April 1, 2022