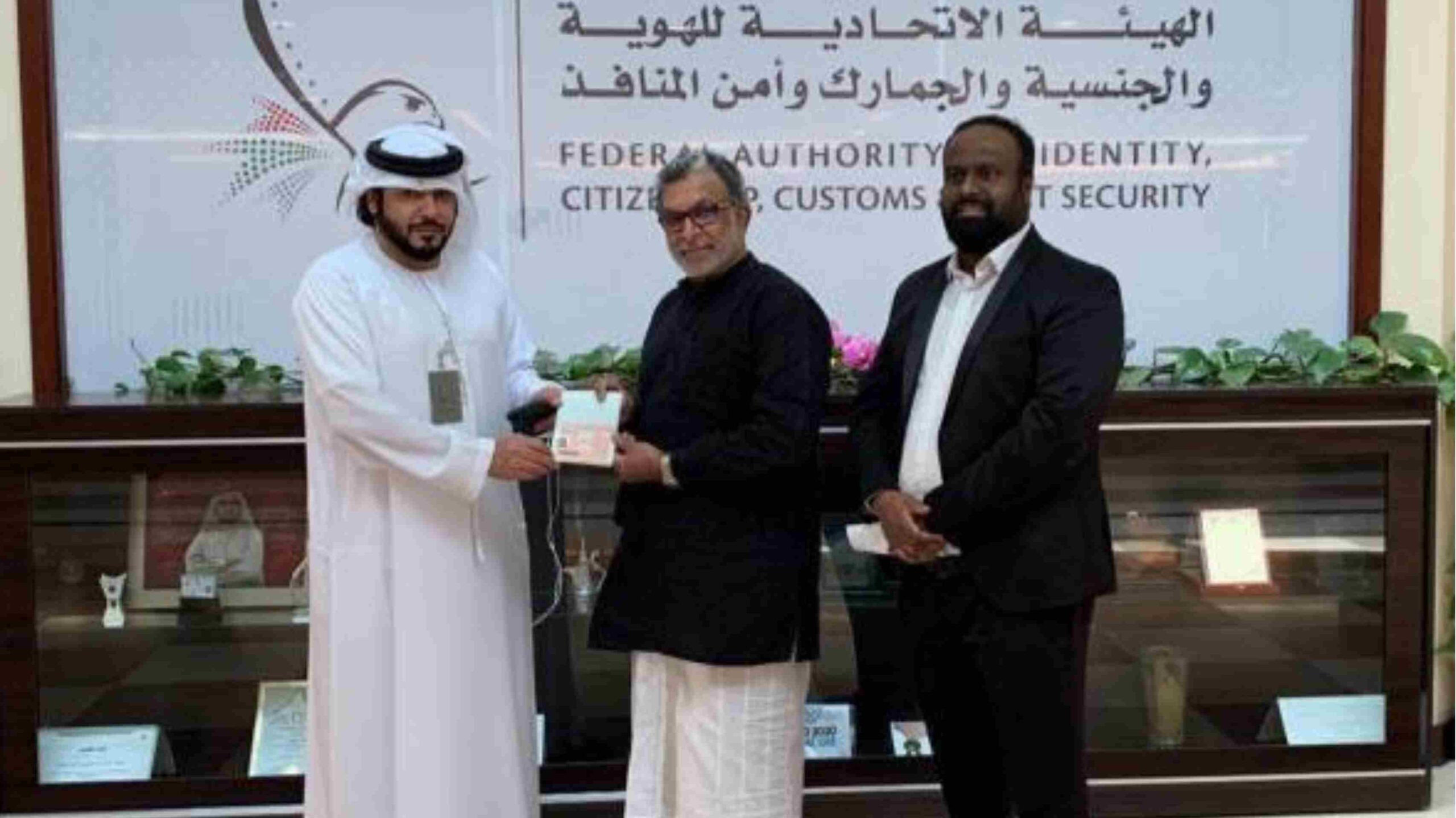 Nasser, one of the veteran and popular actors in Indian cinema, has acted in various languages including Tamil, Telugu, Kannada, Malayalam and Hindi.
Actor Nasser, who recently went to the United Arab Emirates, has been granted a Golden Visa by the government of that country.

Attached are the photos of actor Nasser getting Golden Visa with Wasim Adan, an Indian businessman living in Dubai, who made arrangements for actor Nasser to get this visa.

Nasser has thanked the UAE government and businessman Wasim Adan for the Golden Visa.

On the occasion of Chiyaan Vikram’s 60th Blockbuster release, fans of the ‘Mahaan’ actor, set out on a motorcycle-journey to spread joy.