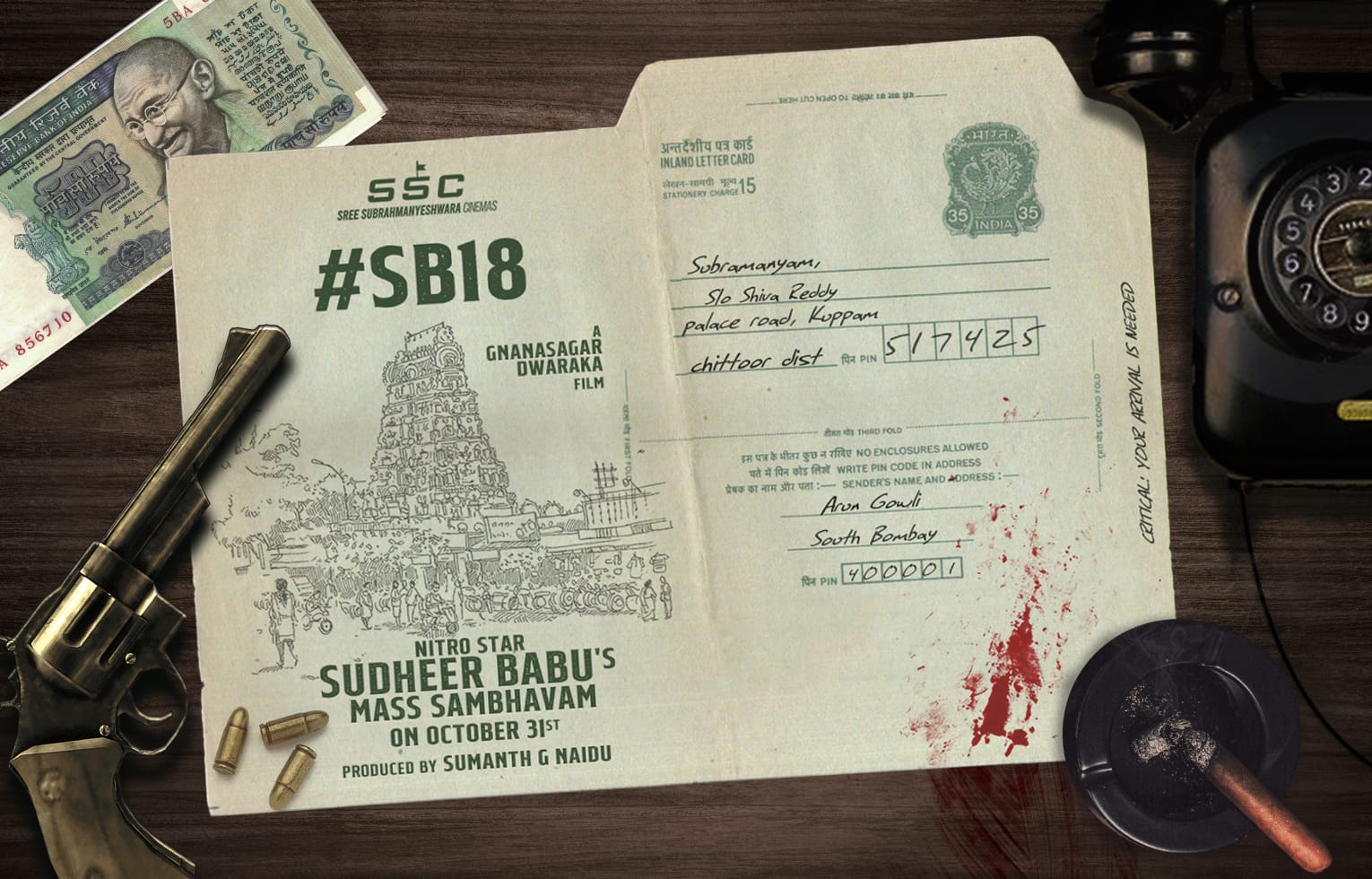 Nitro Star Sudheer Babu has been attempting films of different genres and he’s also undergoing physical transformations, as per the requirement of the characters he is playing. We can see the variance in his physique and body language from film to film.

Today, Sudheer Babu’s 18th film has been announced officially. He will be teaming up with director Gnanasagar Dwaraka who made an impressive debut with Sehari. Sumanth G Naidu will produce the movie under SSC (Sree Subrahmanyeshwara Cinemas) banner.

The announcement poster sees an Inland letter card from Arun Gowli of South Bombay to Subramanyam of Kuppam in the Chittoor district. And the message reads: “Critical: your arrival is needed.” A temple and a village atmosphere are visible in the poster that also sees a gun, bullets, an old rupee note, a landline phone, and a cigar. Mass Sambhavam on October 31st,” announced the makers hinting at an update coming on the day.

Sudheer Babu 18 is a periodic action drama with a divine element and the story is set in 1989 in Kuppam. It’s a proper nativity film that will present Sudheer Babu in a never-seen-before mass avatar. The actor will be undergoing a makeover for the movie.

The makers will announce other details of the movie soon.

The Warriorr release date announced with a mass poster

The significance of 5th September: the much-awaited Nani and Sudheer Babu-starrer ‘V’, also Nani’s 25th film and much more!

The makers of KGF 1&2 drop a new poster of INDIAN FILM SALAAR starring Prabhas; Film to be released on September 28, 2023.!!