9 eminent personalities from the Tamil film industry unveil the first look of ‘Rangoli’.!! 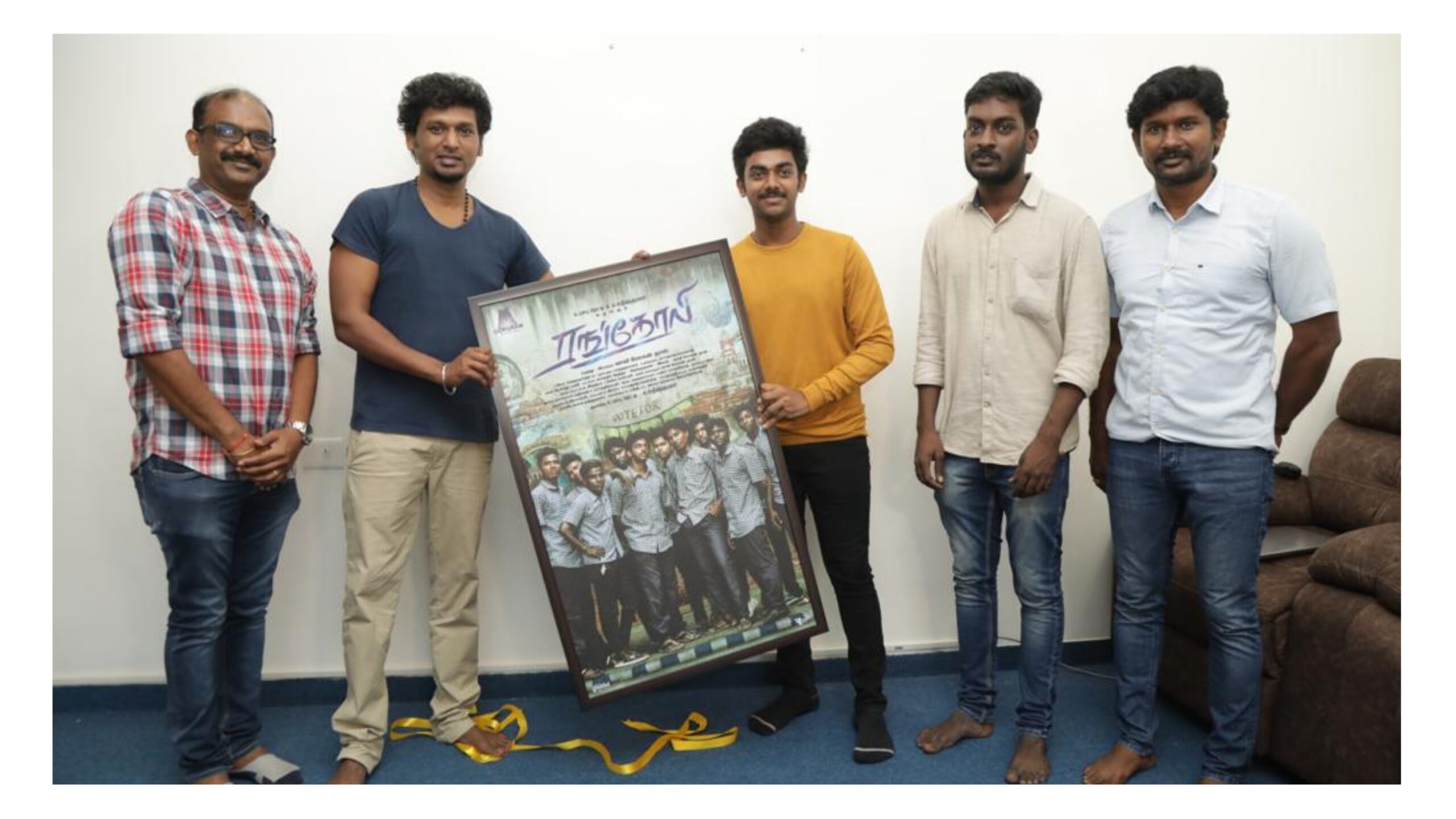 Gopuram Films K. Babu Reddy and G. Sathish Kumar have produced the film ‘Rangoli’, directed by Vaali Mohan Das, which features newcomers in the lead roles. The story revolves around the lives of contemporary school students.

So far, Tamil Cinema hasn’t narrated a proper story revolving around school students and their families. Rangoli will encapsulate these elements together and offer an engrossing story. The film is about a boy, who under the pressure of his parents leaves his school and joins a highly valued private school. The incidents that he encounters in this school of new ambiance form the crux of this story…

The film’s first look featuring the school children posing together has kindled nostalgic memories and has increased expectations as well.

Hamaresh, who appeared as a child artiste in the movies like Maanagaram and Deiva Thirumgal debuts in the lead role in this movie. Prarthana, Sai Sri, and Akshaya are appearing as the titular characters. Aadukalam Murugadoss is essaying a pivotal character in this movie.

The film has been shot across the exotic locales of Chennai and Kadappa.

K. Babu Reddy and G. Sathish Kumar of Gopuram Films have produced the movie ‘Rangoli’, which is directed by Vaali Mohan Das. Sundaramurthy KS is composing music, I. Marudhanayagam is handling cinematography and G. Sathya Narayanan is taking care of editing.

The film’s final stage of work is proceeding in full swing and during this juncture, the announcement pertaining to the film’s audio and trailer launch will be made soon.

With the Changing trends and situation Tamil film Industry is getting ready for the grand releases in the coming months.