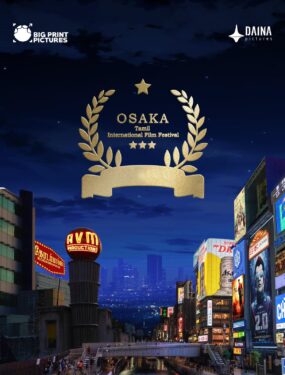 The miles from India to Japan is connected by the platform named Osaka Tamil International Film Festival from September 2020, on the Winter days of Japan to exchange valuable cultures and heritage every year from now.

Sillu Karupatti, the 2019-released Tamil florilegium film, which has been selected for screening at the Osaka Tamil International Film Festival. Written and directed by Halitha Shameem, the movie will be screened on November 1 in Osaka, Japan. The movie was also nominated for the Tamil Best Feature Film of The Year 2019. 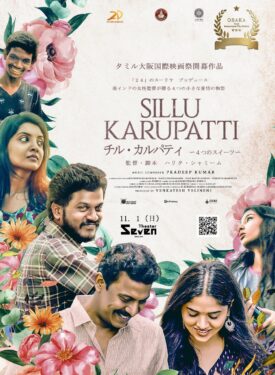 In response to the nomination, Shameem tweeted a photo of a scene from the movie with Japanese subtitles and wrote, “How cute is this!! Thank you, Osaka Tamil International film festival.”

Actor Sunaina, who starred in the movie, also took to Twitter and wrote: “Hello Japan #SilluKaruppatti has been officially selected for screening & also been nominated for the category Best Tamil Feature Film of the year 2019 at the @osaka_tamil Festival Nov 1, 2020, Osaka City, JAPAN.” Actor Nivedithaa Sathish from the movie wrote, “JAPAN IT IS!”

The Osaka Tamil International Film Festival is organised and sponsored by Daina Pictures from Osaka, Japan and Big Print Pictures from Chennai, India.

The fiesta , which began its journey this year, features Tamil artists including Bose Venkat and Daniel Balaji in its team. According to a tweet posted by them, R Parthiban had also submitted his film Oththa Seruppu Size 7 for nominations Sillu Karupatti was critically acclaimed and had recently won two awards at the 2020 Toronto Tamil International Film Festival. It won the jury award for Best Feature Film Women Director and Best Experimental Feature Film.