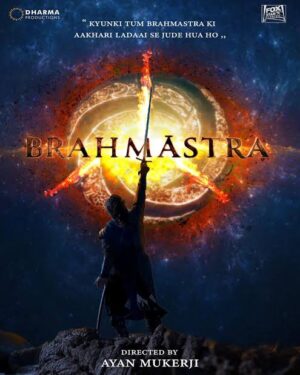 A latest interview of Uday Shankar (Chairman, Star and Disney India) has revealed that Brahmastra could possibly be one of the biggest movies ever made in India.

Speaking at the HT Leadership Summit 2020, Mr Shankar told Anuradha Sengupta of CNBC-TV18, “It (Brahmastra) is the biggest-ever movie made in this country.” When he was asked if rumours of the film being made on a budget of Rs 300 crore were true, replying to this, he said, “Just to tell you, it is way more than that.” He added, “Any movie like that, the experience that it seeks to create, needs to straddle across everything. It cannot be denied that most intense experience that only a theatre can generate.”