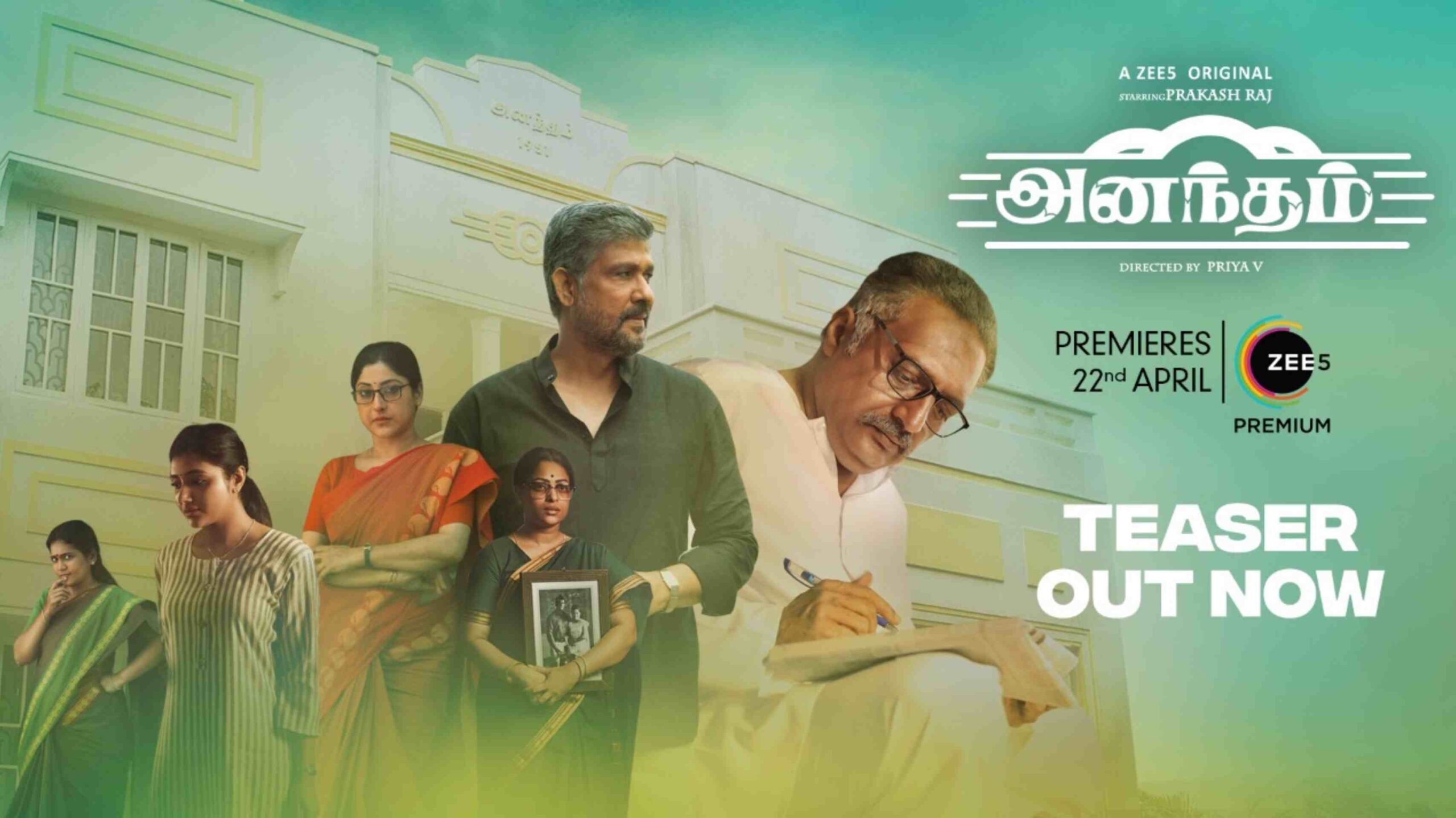 ANANTHAM, an eight-episode series starring Actor Prakash Raj is directed by Priya V, a former associate of the versatile filmmaker Mani Ratnam. The tight stitched series will be an amalgamation of emotional, entertaining, and engrossing moments as it delves into the lives of individuals residing in a particular house from 1964 – 2015. The story begins with an estranged son, who revisits his ancestral home named ‘Anantham’, and goes on a journey down the memory lane to find the stories of the wonder, betrayal, success, love, laughter, horror and courage of the different families and the people who lived in Anantham.

Anantham – A ZEE5 ORIGINAL is Premiering exclusively on ZEE5! from 22nd APRIL

ZEE5 has become a predominant choice of the OTT audiences when it comes to original series. With Vilangu and Mudhal Nee Mudivum Nee being well acclaimed content worldwide, the Ajith’s starrer Valimai has been a worldwide blockbuster reaching 500 million streaming minutes in less than a week of release on ZEE5.  The film was released in Tamil / Telugu / Kannada / Hindi and Malayalam.

With over 3,500 films, 500+ TV shows, 4,000+ music videos, 35+ theatre plays and 90+ LIVE TV Channels across 12 languages, ZEE5 presents a blend of unrivalled content offering for its viewers across the world. And now, ZEE5 annual subscription is available at a special price of Rs. 599/- only!