This summer, gear up for a ‘paw-some’ fun as Prime Video launches the trailer of its upcoming family entertainer Oh My Dog 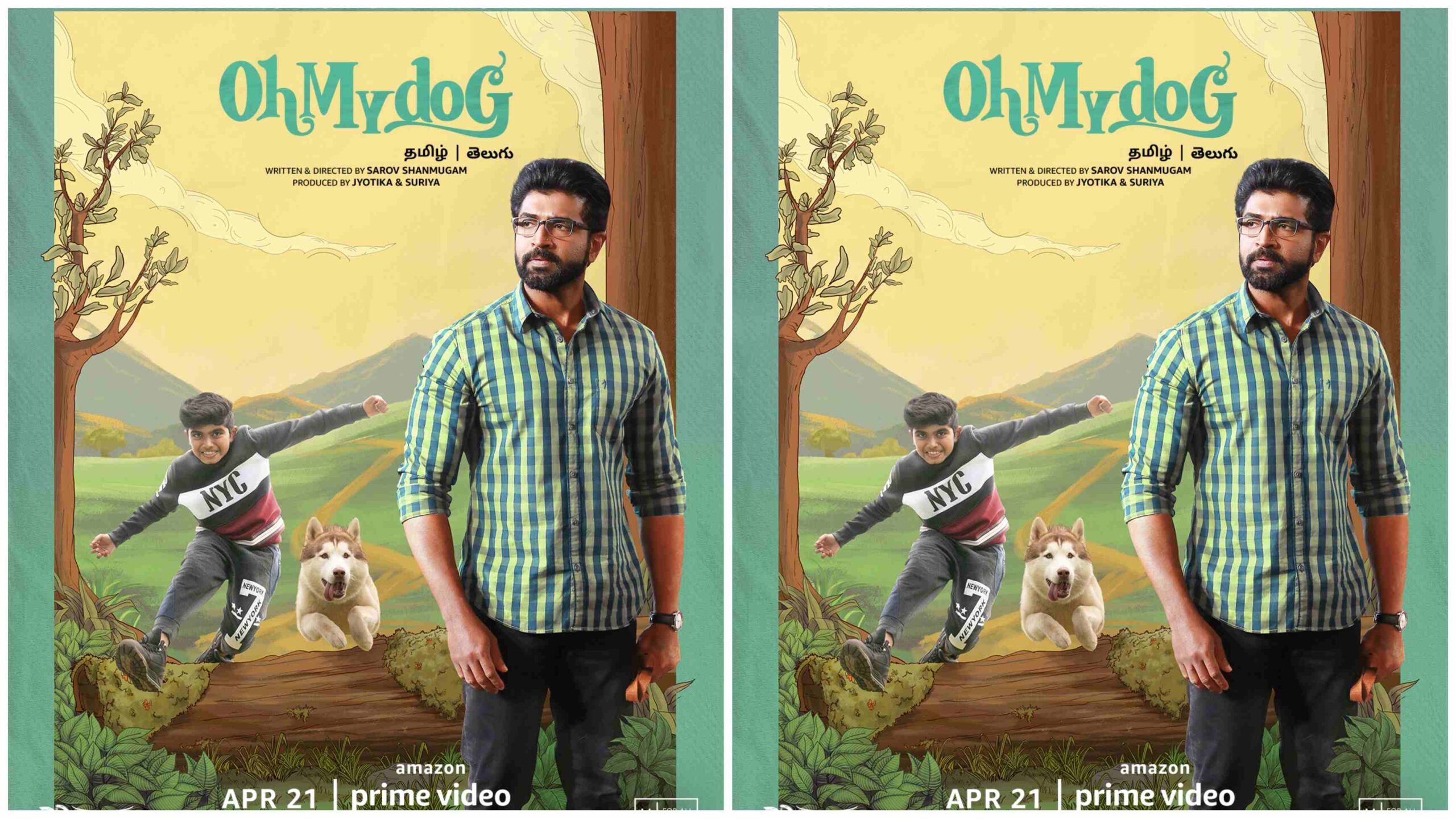 Chennai 11 April 2022 This summer, gear up for a ‘paw-some’ fun as Prime Video launches the trailer of its upcoming family entertainer Oh My Dog

MUMBAI, India—11 April, 2022— Promising to be a perfect treat for every kid and pet lover this summer, Prime Video today unveils the trailer of its upcoming title Oh My Dog. Produced by 2D Entertainment and helmed by Sarov Shanmugam, the family entertainer is an emotional story about a kid Arjun (portrayed by Arnav Vijay) and a pup Simba, who share an inseparable bond, winning the hearts of people everywhere they go. The Amazon Original movie will release on April 21 across India and more than 240 countries and territories worldwide on Prime Video, and be available in Tamil and Telugu.

Speaking about the film, actor-producer and founder of 2D Entertainment, Suriya said, “Oh My Dog is a beautiful story throwing light on the friendship between man and his best friend along with touching upon important values of unconditional love, friendship and kindness. It’s a film that every family should watch together, especially kids and pet lovers. An emotionally engaging tale like this deserves to travel far and wide, and we are glad that it’s premiering globally on Prime Video, all set to entertain children this summer”.

Read Also  “Ajith Kumar sir and I have lots of screen time together in Valimai, and the audience will definitely enjoy our scenes together.” – Actress Huma Qureshi

“Oh My Dog is one of the most special projects of my career and personally a landmark movie for our entire family for multiple reasons. Not only was I thrilled to work with my father and my son, who makes his debut, in the film but being a parent and father to Arnav made me realize the importance of movies that cater to young audiences. The film is a true family entertainer and I look forward to the story inspiring children to retain their honesty, innocence and virtues,” said, lead actor, Arun Vijay.

“Oh My Dog is a movie that is rich in emotions. It delves deep into the lessons that we are all taught as kids but forget as we grow up owing to the pressure of responsibilities. The movie portrays how children with their strong will power and values, can show adults the right path. It was a delightful experience to work with Vijaykumar sir, Arun and Arnav, as we were able to witness three generation of actors delivering their best performances,” said, director, Sarov Shanmugam.

Oh My Dog is produced by Jyotika–Suriya, co-produced by Rajsekar Karpoorasundarapandian and S. R. Ramesh Babu of RB Talkies; music composed by Nivas Prasanna and cinematography by Gopinath. The film is part of the 4-film deal between Prime Video and 2D Entertainment.

Oh My Dog is based around the emotional bond between a blind puppy Simba and Arjun and their love and affection for each other. Arjun meets Simba as he saves him and then raises him as his own. The movie further moves ahead as Arjun and Simba course through obstacles and eventually find their way to everyone’s hearts around them.

Read Also  Zee Tamil’s Summer Entertainment Bonanza kicks off with the World Television Premiere of Akhanda on 8th May.

Prime Video is a premium streaming service that offers Prime members a collection of award-winning Amazon Original series, thousands of movies and TV shows—all with the ease of finding what they love to watch in one place.  Find out more at PrimeVideo.com.

Amazon Prime Video piques curiosity as it drops a hint about the much-awaited new season of Amazon Original, The Family Man.