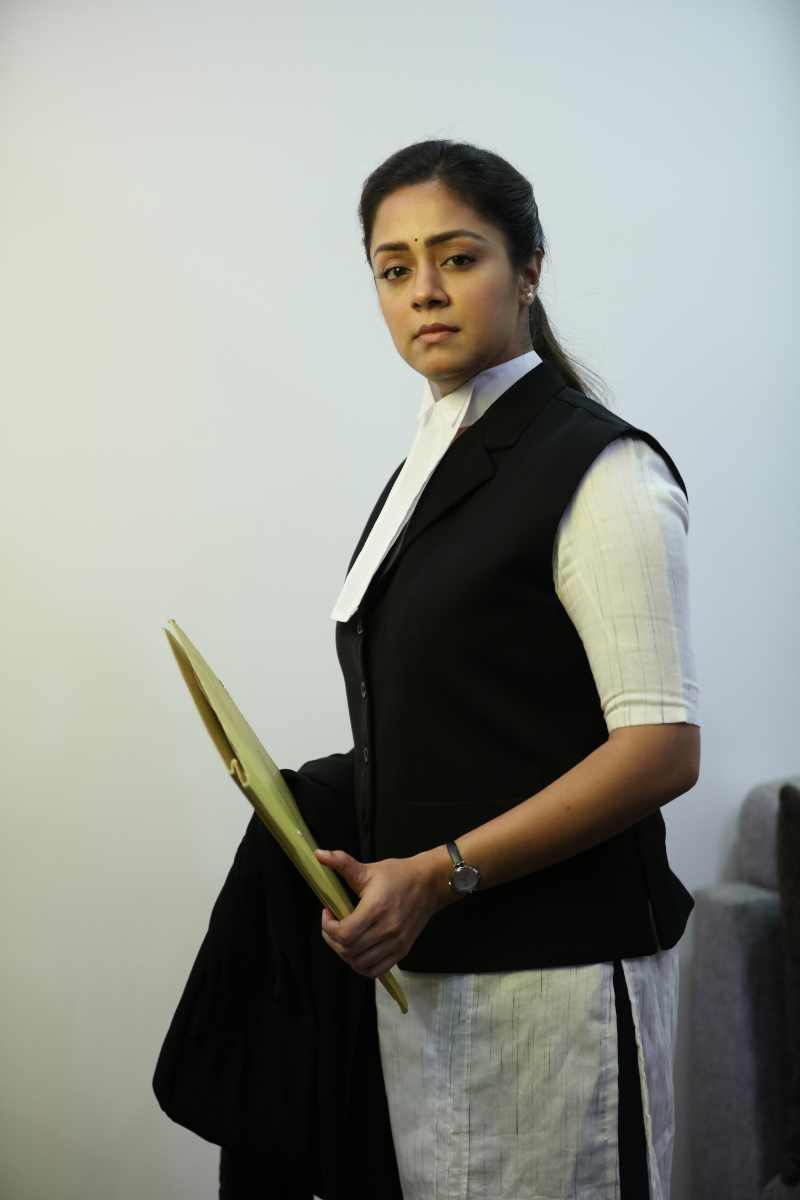 The gripping legal drama will be the first ever Tamil film to have its worldwide premiere on Prime Video and follows the story of an honest lawyer’s attempts to redeem a wrongfully convicted woman.

MUMBAI, India, XY May, 2020 – Amazon Prime Video today released the trailer for the much-awaited Tamil courtroom drama Ponmagal Vandhal, which follows the story of an honest lawyer attempting to free an innocent woman, wrongfully convicted. Produced by 2D Entertainment, the legal drama features a power-packed cast that includes Jyotika, Parthiban, K.Bhagyaraj, Thyagarajan, Pratap Poten and Pandiarajan. Being the first Tamil film to premiere worldwide directly on Amazon Prime Video, Ponmagal Vandhal will be available exclusively for Prime members to stream from May 29 in more than 200 countries and territories.

This riveting tale revolves around the story of a resident in Ooty named ‘Petition’ Pethuraj who reopens a case from 2004 that involved a serial killer ‘Psycho Jyoti’ who was convicted for kidnapping and murder. Venba, his daughter and a passionate lawyer, weaves through the loopholes to unveil the truth. The case is a devious maze where nothing is what it seems on the surface. Condemned to be hungry for fame and publicity, Venba stands for justice despite the challenges that are thrown at her. Amazon Prime Video viewers can get set for a nail-biting climax as one waits to see if Venba is successful in proving Jyoti’s innocence or not.

“We’re excited to premiere Ponmagal Vandhal exclusively on Amazon Prime Video and showcase yet another high-quality offering to our audience,” said Vijay Subramaniam, Director and Head, Content, Amazon Prime Video, India. “As we expand the film’s reach and visibility with a global release spanning more than 200 countries, avid movie buffs around the world will get to experience this fine piece of Tamil cinema. Through such worldwide movie premieres, we will continue to deliver on our promise of offering immersive and engaging cinematic experiences to our customers anywhere, anytime at their convenience.”

“We are thrilled to partner with Amazon Prime Video for the release of Ponmagal Vandhal where viewers and fans of high quality Tamil Cinema can enjoy this riveting courtroom drama, in India and around the world.” said Rajsekar Karpoorasundarapandian, Co-Producer & CEO, 2D Entertainment. “The gripping legal drama, while being local in its narrative, is an engrossing story that will keep the audience at the edge of their seat. Ponmagal Vandhal is an eagerly anticipated film. The first look of the film received a phenomenal response and we have attracted many requests to reveal more details. We are looking forward to taking the film to a worldwide audience and allowing viewers to experience Tamil cinema in its finest.”

Ponmagal Vandhal is a Jyotika & Suriya Production under their banner 2D Entertainment. The producer is Suriya Sivakumar and the film is directed by JJ Fredrick.

Ponmagal Vandhal will be a part of the slew of content consisting of the many TV shows and movies from Hollywood and Bollywood in the Prime Video catalogue. These include Indian produced Amazon Original series such as Paatal Lok, The Family Man, Four More Shots Please, Mirzapur, Inside Edge, The Forgotten Army and Made In Heaven, and award-winning and critically acclaimed global Amazon Original series including Tom Clancy’s Jack Ryan, The Boys, Hunters, Fleabag and The Marvelous Mrs. Maisel, all on Prime Video, which is available at no extra cost for Amazon Prime members. The service includes titles available in Hindi, Marathi, Gujarati, Tamil, Telugu, Kannada, Malayalam, Punjabi and Bengali. Ponmagal Vandhal is amongst seven highly anticipated Indian movies to globally premiere on Amazon Prime Video including Gulabo Sitabo, Shakuntala Devi, Penguin, Sufiyum Sujatayum, Law and French Biryani.

Prime members will be able to watch Ponmagal Vandhal anywhere and anytime on the Prime Video app for smart TVs, mobile devices, Fire TV, Fire TV stick, Fire tablets, Apple TV etc. In the Prime Video app, Prime members can download episodes on their mobile devices and tablets and watch anywhere offline at no additional cost. Prime Video is available in India  at no extra cost with Prime membership for just ₹999 annually or ₹129 monthly, new customers can find out more at  www.amazon.in/prime and subscribe to a free 30-day trial.

Prime Video is a premium streaming service that offers Prime members a collection of award winning Amazon Original series, thousands of movies and TV shows—all with the ease of finding what they love to watch in one place.  Find out more at PrimeVideo.com.

Enhanced experiences: Make the most of every viewing with 4K Ultra HD- and High Dynamic Range (HDR)-compatible content. Go behind the scenes of your favorite movies and TV shows with exclusive X-Ray access, powered by IMDb. Save it for later with select mobile downloads for offline viewing.

Included with Prime: Prime Video is available in India at no extra cost with Prime membership for just ₹999 annually or ₹129 monthly, new customers can find out more at  www.amazon.in/prime and subscribe to a free 30-day trial.