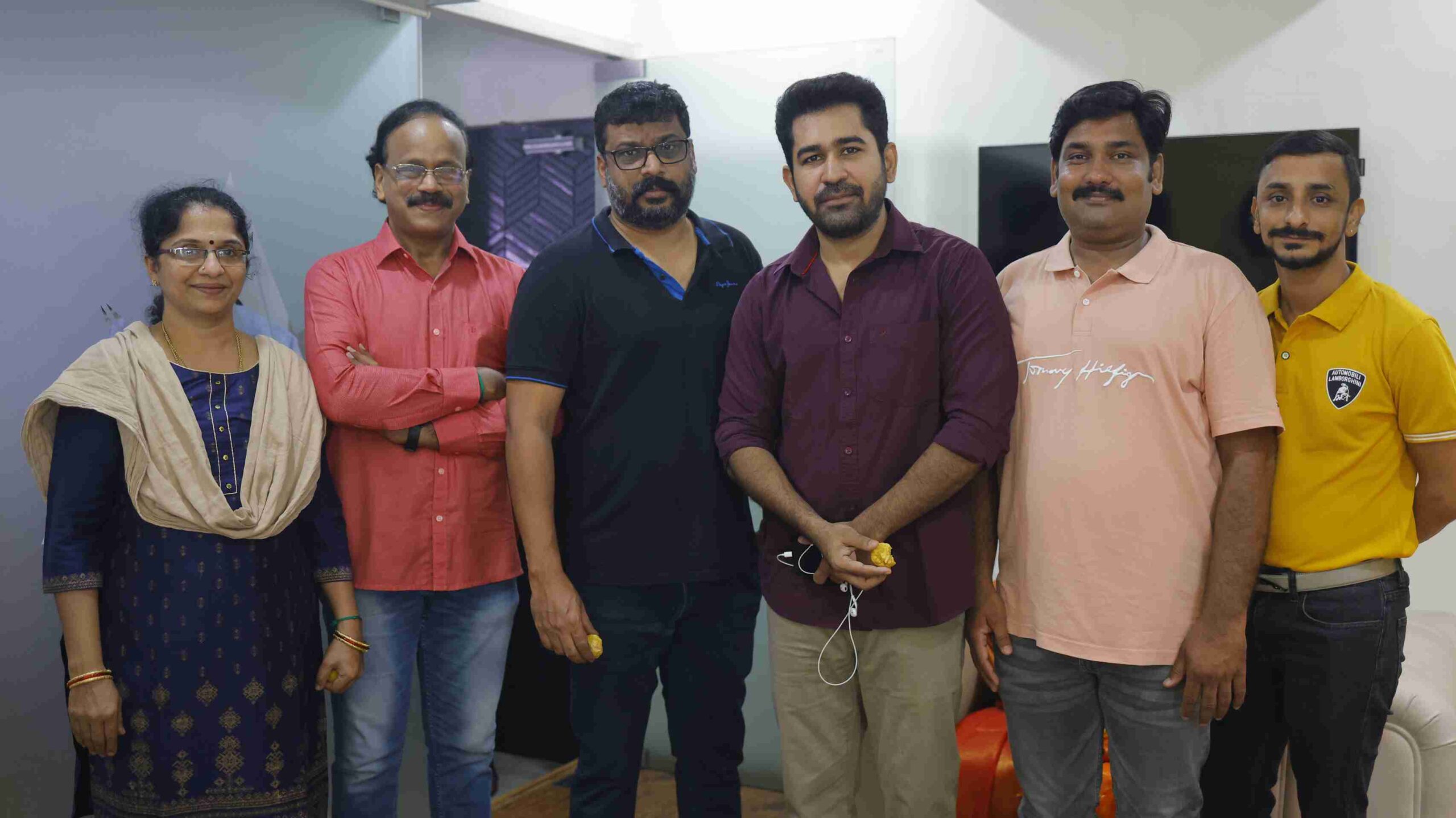 The entire process of Vijay Antony’s Ratham is inclined to perfect discipline. Special mention for the efficient planning and execution of Infiniti Film Ventures as the complete production is proceeding at the right momentum. Recently, we had the official announcement claiming that the Indian schedule shooting of the film has been completed. While the crew will soon start working on the foreign schedule, the dubbing works commenced this morning (April 23, 2022) in Chennai.

Ratham is directed by CS Amudhan and is produced by Kamal Bohra, Lalitha Dhananjayan, B. Pradeep & Pankaj Bohra of Infiniti Film Ventures.

‘Ratham’, as promised by the production of Infiniti Film Ventures will be a perfect entertainer catering to the tastes of audiences from all walks of life. Mahima Nambiar, Nandita Swetha, and Remya Nambeesan are playing the lead heroines in this movie. The other actors of Ratham include Stand-up comedian Jagan, Nizhalgal Ravi, John Mahendran, Kalai rani, Mahesh (Family man), OAK Sundar, and Meesha Goshal, and Ameya. Kannan (Music), Gopi Amarnath (Cinematography), Suresh (Editing), and Dhilip Subbarayan (Stunts) are the technicians. Therukural Arivu has written lyrics and crooned a theme song in “Ratham.”

As already known, Vijay Antony and Infiniti Film Ventures together are working on a few more projects that include ‘Kolai’ and ‘Mazhai Pidikatha Manithan’ as well, which are under different stages of completion.