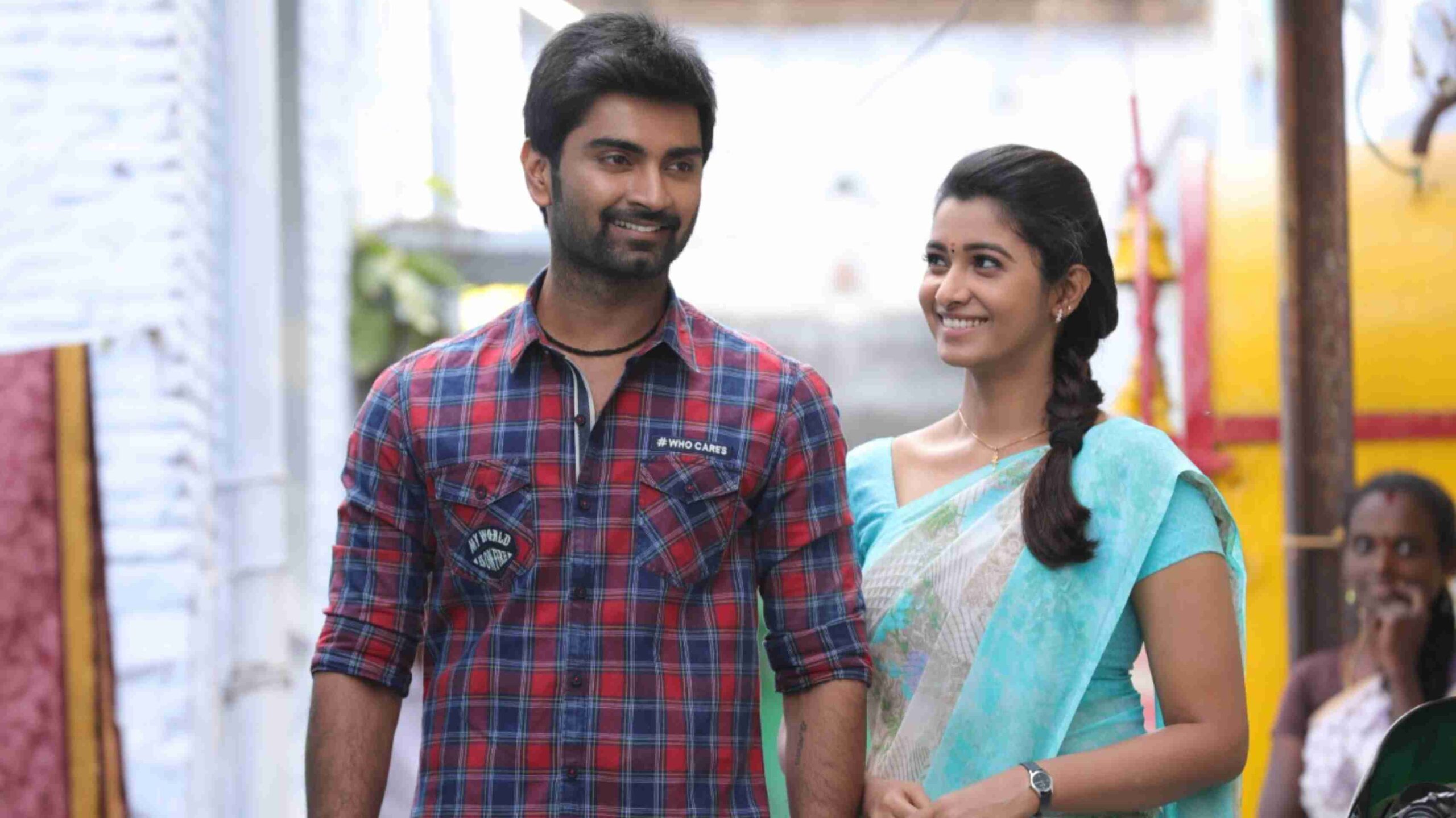 Rockfort Entertainment Producer T Muruganantham is all set for the release of his upcoming movie ‘Kuruthi Aattam’, which is and out-and-out commercial action entertainer on August 5. The movie featuring Atharvaa Murali and Priya Bhavani Shankar in the lead role is directed by 8 Thottakkal fame Sri Ganesh. Marking the occasion of movie release, the team of ‘Kuruthi Aattam’ interacted with press and media fraternity.

Director Mysskin said, “Sri Ganesh, my assistant director is a man of perfection and discipline. He achieved success with his directorial debut itself. A movie must always have an emotional essence in the screenplay, if not it would fail to impress the audiences. Sri Ganesh is an emotional person and his clear and pure thoughts have made the screenplay of Kuruthi Aattam so genuine and appealing. My assistant directors always make good movies. Actor Atharvaa has showcased lots of new dimensions in acting for this movie. Many technicians are getting introduced in this movie. I request everyone to support this movie and make it successful.”

Director Sri Ganesh said, “All of us in the team had a good experience and journey while working together. Producer Muruganantham sir was a great support to me from the beginning till the end of this project. Actor Atharvaa has a good heart as he agreed to do movie with me soon after my debut directorial. Atharvaa has been a great help in shaping the screenplay. I assure everyone who trust my works will not be disappointed with Kuruthi Aattam. Many technicians are getting introduced in this movie, and they have made a great contribution. I am confident that many actors will gain great offers after this movie release. This is an emotional action movie, which is getting released on August 5. I request everyone to watch the movie and support it.”

Read Also  The Love Anthem of 2022 *Theethiriyaai* from *Brahmāstra Part One : Shiva* is out!

Actor Atharvaa said, “It is only because of producer T Muruganantham sir, Kuruthi Aattam was able to achieve a good output. There are many young actors, who have played important roles in this movie. When director Sri Ganesh told me the script, I could feel that every character had pivotal prominence. He has translated the script into visual medium brilliantly. Yuvan Shankar Raja elevated the standard of this film with his musical score. Sri Ganesh has taken scrutinizing efforts in making every single aspect of the movie look perfect. The movie is getting released on August 5, and I request everyone to support this movie.”

Producer Dhananjayan said, “Kuruthi Aattam has been one of the most anticipated movies for us over a long period of time. Many movies got webbed into serious conditions during the corona period. I am happy that it’s finally getting released. Atharvaa Murali is an energetic actor and he has delivered an enthusiastic performance in this movie. I wish that Kuruthi Aattam has become a successful venture for the whole team, and must become a tremendous milestone for Rockfort Entertainment. Director Sri Ganesh is a talented person. This movie is so fresh and will appeal to the interests of audiences from all walks of life.”

Actor Vatsan said, “This is an emotional movie to our entire team. I thank director Sri Ganesh and actor Atharvaa for giving me this opportunity. Kuruthi Aattam will be a new-fangled action thriller movie.”

Executive Producer Sriram said, “This is a new-dimensional action movie. It is the result of our earnest hard work. Atharvaa Murali has been a great support throughout the entire process. It is only because of him, the movie was able to achieve a good output. I am sure that this movie will be liked by all audiences.”

Producer K Rajan said, “I have a great trust and faith on director. He is a talented filmmaker. I really liked his first movie a lot. This movie has to garner tremendous success. Actor Atharvaa is a genuine and disciplined actor like his father. I wish the entire team for the grand success of this movie.”

The movie is getting worldwide theatrical release on August 5, 2022.