Jayam Ravi-Kajal Aggarwal starrer ‘Comali’ has successfully completed 50 days run in box office and is still having a strong phase in all centres. Despite the film being officially released on OTT platform (HOTSTAR) today (October 6), the houseful shows can be witnessed all over the places. On this celebratory occasion, the team comprising of producer Dr. Ishari K Ganesh, Jayam Ravi, Ashwin, Director Pradeep Ranganathan, Editor Pradeep E Raghav, Cinematographer Richard M Nathan and others from the team were present to thank the media and press.

Here are some of the excerpts from the event.

Jayam Ravi said, “More than the success of this film, I am very much happy to have found acquaintance with a man of pure heart like Dr. Ishari K Ganesh sir. Everyone knows that he gifted a high end car to Pradeep on the film’s success, but none knows about the limited edition watches that he has gifted me. He always does many good things without showcasing it to the public. I thank press and media for appreciating us and showing the right criticisms through their reviews. Hiphop Aadhi had predicted the success of ‘Thani Oruvan’ while watching the final rushes that it will be a blockbuster hit. Similarly, he assured the same for ‘Comali’. Now I want him to be a part of my next film as his music has become a mandatory element in all my hit movies. This day is meant for director Pradeep as he can now get on with his next work. From the day he narrated the script to me and till today, he has been working hard to deliver the best and has succeeded well. I thank audiences for being a great pillar in appreciating and encouraging me to explore new arenas of roles and genres.”

Producer Dr. Ishari K Ganesh said, “The situation in the Tamil industry is so bleak, where 150 films that are completed and even censored aren’t getting released. During this critical juncture, I am so happy that none of the films produced from Vels Film International has faced this issue. Thanks to B Sakthivelan of Sakthi Film Factory for facilitating the release of our movies without any hurdles. Following the success of LKG and Comali, we are yet again collaborating for ‘Puppy’, which will be hitting screens on October 11. I asked Pradeep Ranganathan to prepare a script for Jayam Ravi and he suggested me ‘Comali 2’. I have assured him that it will definitely happen after a year or two, but now we need to work on a different story. I hope and believe that we will be soon collaborating for a new movie.”

B. Sakthivelan of Sakthi Film Factory said, “The success of my recent releases includes the movies produced by Vels Film International. More than tasting the commercial success and profitable venture, what’s more exhilarating while working with Dr. Ishari K Ganesh sir is the beautiful experience. Every process towards the release is so easy as the movies they produce have always got takers. I will openly admit that fact that after Kadaikutty Singam, it’s Comali that has delivered me a commendable hit. I am sure that their next release ‘Puppy’ starring Varun and Samyuktha Hegde in lead roles will find a good reception as well. Recently, I happened to watch the teaser of Varun’s untitled movie directed by Gautham Vasudev Menon. I had assumed that it would be a love story or psychological thriller like Nadunissi Naigal, but instead I was awestruck with a different package. I promise, Varun will be declared as the ‘Best Action Hero’ after this film’s release.”

Cinematographer Richard M Nathan said, “Good things come to those who think and act Good. This film is so much illustrious of this mantra. Right from producer Dr Ishari K Ganesh sir, Ashwin and everyone in the team are so good. Their dedication has landed up the film to such a greater success.”

Editor Pradeep E Raghav said, “Pradeep Ranganathan has done such a hard work and I have personally witnessed it. This is one of the strongest reasons for the film’s success. I am very much floored by the down to earth gesture of Jayam Ravi Anna, who came to my marriage and wished me. Hiphop Aadhi songs are more like AR Rahman sir, where you’ll have a different experience for the first time you hear it followed by the impact after several airings. Such happens to be the one with Comali, where all the songs are still topping the audio charts.”

Director KS Ravikumar said, “For the first time, when Pradeep narrated me the script, I was surprised with the shot compositions he mentioned. I interrupted him in the middle inquiring, for who he worked as assistant director and was astonished to hear him say that he didn’t work as such. He was very much keen with the clarity and perfection. The dedication that was carried by the entire team is the actual reason behind the film’s success.”

Director Pradeep Ranganathan said, “It might look repeated, but I can’t stop thanking Producer Dr. Ishari K Ganesh sir for being so much supportive as a father from the very beginning of this project. I am so blessed to have Jayam Ravi bestow me with his complete support. Yogi Babu sir came up with more suggestions in getting the humour achieve best levels. Hiphop Tamizha is not a person, but two persons – Aadhi and Jeeva. Their music is the greatest backbone for this film. Richard M Nathan sir has generously exerted his unconditional support for the best visuals. More than all, the entire star-cast and technical team have made this film a big success.”

Read Also  The single track album, the lyrics for which have been penned by Ku Karthik, is being released by Sony Music.
SHARES
ShareTweet 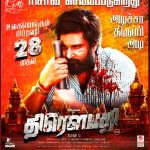 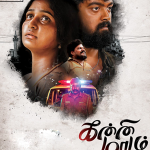 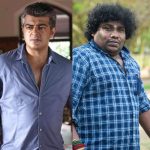 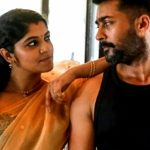 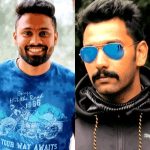 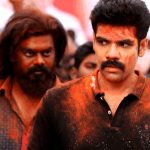 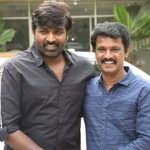 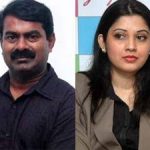 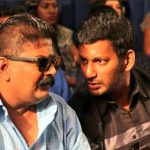 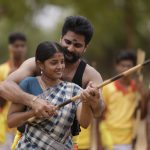