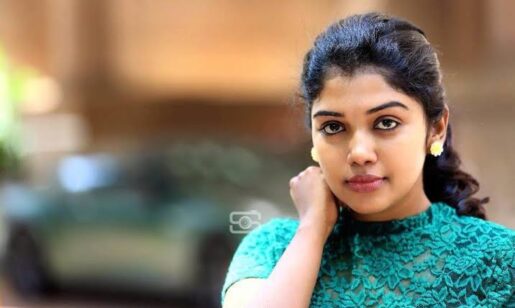 South Indian actress and Bigg Boss winner Riythvika recollects fond memories of working with the popular actor and debutant director Arvind Swami for Netflix’s Tamil anthology film ‘Navarasa’. From amusement to awe, Navarasa explores Indian aesthetic theory and showcases nine different emotions of love, laughter, anger, compassion, courage, fear, disgust, wonder, and peace through nine beautiful tales. Riythvika will be seen playing the role of ‘Anbukarasi’ in the film Roudhram which depicts the emotion of anger in the anthology. Navarasa is all set to premiere worldwide on Netflix on August 6, 2021.

Talking about her experience working with Arvind Swami, Riythvika said “It was an honor to work with such a legendary actor like Arvind Swami while also witnessing his work as a director. He ensured that all technical aspects were in place to get a great scene and emotion filmed. His meticulous and detail-oriented filmmaking methods were impressive and extraordinary. It was an enthralling experience for me to attend the virtual workshops and online meetings for scenes and dialogues.”

Produced by Justickets which is co-founded by Mani Ratnam and Jayendra Panchapakesan, Navarasa will premiere exclusively on Netflix across 190 countries.

Netflix is the world’s leading streaming entertainment service with over 209 million paid memberships in over 190 countries enjoying TV series, documentaries, and feature films across a wide variety of genres and languages. Members can watch as much as they want, anytime, anywhere, on any internet-connected screen. Members can play, pause and resume watching, all without commercials or commitments.

NETFLIX ANNOUNCES THE RELEASE DATE OF THE MUCH AWAITED ANTHOLOGY NAVARASA

SIDDHARTH TALKS ABOUT THE MEANING OF INMAI .

On MGR’s 104th Birth Anniversary, makers of Thalaivi give a glimpse into the legend behind the leader Jayalalithaa featuring Kangana Ranaut and Arvind Swami.