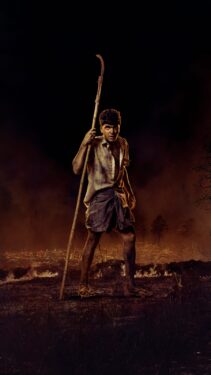 The stupendous collaborations of Silambarasan TR-AR Rahman-Gautham Vasudev Menon trio have worked magic beyond the regular boundaries. The big showpieces like “Vinnaithaandi Varuvaaya” and “Accham Yenbadhu Madamayada” have garnered phenomenal responses. Every time, this awe-inspiring trio teams up or even the smallest buzz is out about their collaborations, the fans get indulged into an irresistible celebration. And it’s time for the jubilations to pop up as the official announcement on Silambarasan’s 47th movie is out. The movie is titled ‘Vendhu Thanindhathu Kaadu’, which will have a never-seen-before premise from Gautham Vasudev Menon’s universe. 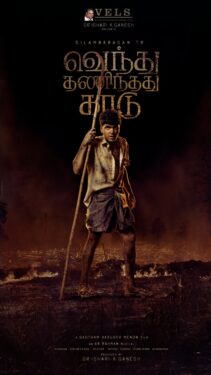 Producer Dr. Ishari K Ganesh, Vels Film International says, “I am pretty excited as a buff more than a producer. The combination of Silambarasan TR, AR Rahman, and Gautham Vasudev Menon is a boon to any producer, and I am so happy to be producing a movie that features these big names. Silambarasan is a star of high caliber who can spontaneously perform any avatar with ease. The effort he has exerted for the new look is phenomenal, and it’s going to be a treat for the audience. Vendhu Thanindhathu Kaadu’ will exhibit this star’s ultimate prowess performance, and it will be far different from what he has done so far. Significantly, when Gautham Vasudev Menon narrated the script, I found new arm in his narrative armoury, and decades of accumulated experience are evident in this script. He has opened up new pages from his book of knowledge. AR Rahman, the treasure of Tamil cinema never misses adorning the projects, especially the ones with GVM and STR.

VTK is going to be a special movie for all of us and will be a milestone in the production journey of Vels Film International. “ 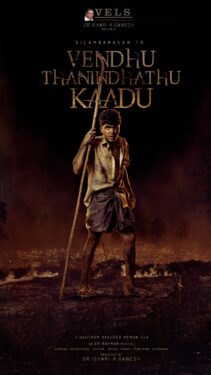 Speaking about the story premise, Dr. Ishari K Ganesh adds, “It’s too early. VTK is an action movie set across rural and urban backdrops. Jeyamohan has written the script, and the movie will be the 100% reflection of the title. I have always admired Gautham Vasudev Menon’s fascination for beautiful Tamil titles. The title ‘Vendhu Thanindhathu Kaadu’ inspired from the famous poem of Poet Bharathiyaar during this auspicious 100th anniversary elates our entire team.”

The production house feels gleeful for yet another reason as the shoot has started yesterday morning (August 6, 2021) in Tiruchendur as the place has a strong connection with the banner name ‘Vels’.

The details about the star cast will be announced soon. Sidhartha Nuni is the cinematographer, Rajeevan is the art director, Anthony is the editor, Thamarai is the lyricist, and Uthara Menon is the costume designer.