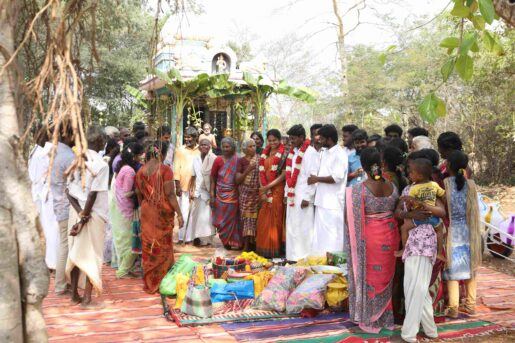 Raame Aandalum Raavane Aandulam (RARA) is the first of the four-film deal between Amazon Prime Video and Suriya’s 2D Entertainment. Quoting the actor here, RARA is a “slice of life satire, replete with simple human emotions and quirky instances.” Directed by Arisil Moorthy, the film is a social satire themed around a village and its oddities offering a heady mix of humour and drama. Making all the right noises with his heartwarming trailer and melodious songs, RARA is all set to stream on Amazon Prime Video starting 24th September 2021. Here are five reasons why RARA should be on your watchlist

RARA is first of a four-film deal between Amazon Prime Video and Suriya’s production house, 2D Entertainment. Known for his versatile acting, Suriya has also produced some epic movies, like Soorarai Pootru, Ponamagal Vandhal which have received applause from nationwide. 2D Entertainment along with the streaming service aims to bring an immersive selection of celebrated talent and engrossing stories from the Tamil film industry and RARA is the first among many more phenomenal movies to come.

This Indian film director had worked predominantly in the Tamil Film Industry and is known as a film maker with a vision. He likes to keep things real in his movies and attempts to give a reality check through his work of art. RARA is his one such attempt to showcase the life in a village and daily life hassle. His attempt is to make people realize the minute details in life which gives us a whole purpose of living.

This social satire film is a wonderful blend of multiple and complex human emotions. The emotions presented in the movies are raw and deep, that will touch your heart. Packed with lots of drama and comedy, RARA is an epic representation of clash and resolution of problems. It also gives a hilarious depiction of what happens when bulls are stolen from a man who considers them not just an animal, but his own kid.

A tale set in village

By the first look of the movie via trailer the portrayal of the village and the daily chorus taking place is so realistic, that it takes the viewers and makes them part of the village. The audience might have a virtual tour of a village but this movie will make sure that their soul reaches back to our roots.

Any movie is made with a cast with whom the audience can relate. This movie involves some great actors who are known for their diverse acting skills. This movie features an ensemble cast including Ramya Pandian, Vani Bhojan, Mithun Manickam and Vadivel Murugan in lead roles. Ramya Pandian is a well-known Tamil actress who was given the title of “Most Desirable Women on Television 2020” by Chennai Times. She is known for her roles in Joker, Aan Devathai and Mugilan. They have aced their roles and made sure to be comfortable under their character’s skin.

So, grab that tub of popcorn and some soda and sit with your loved ones as you begin to travel the village with the cast of Raame Aandalum Raavane Aandalum releasing on September 24, 2021, exclusively on Amazon Prime Video.

Suriya is all set to watch Amazon Original Movie, The  Tomorrow War