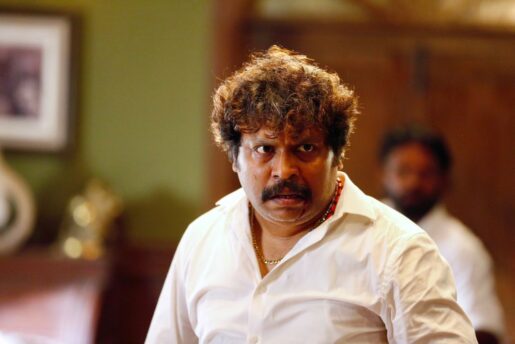 Jsk Satish Kumar popular known as JSK in the film industry is known for his his penchant taste for quality films and sheer excellence of gifting Tamil audiences with newfangled movies, has gained a colossal stature as a producer and distributor that includes 23 great movies. His Production House JSK Film Corporation has churned out classical cult movies like Ram’s Thanga Meengal, Kuttram Kadithal, Director Bala’s Paradesi on par with blockbuster commercial hits like Vijay Sethupathi’s Naduvula Konjam Pakkatha Kaanom, and Idharkuthane Aasaipattai Balakumara. His ability to inhale good stories from the directors and exhale quality cinema on big screens has made him a reputed producer in the pages of Indian Cinema. This isn’t a prototype statement for the accolades won by his movies prove of his passion for movies. Apparently, he wore the greasepaint endued with all eligibilities to steal the spotlights as an actor through director Ram’s Taramani, where his characterization and performance gained him appreciations, which were followed by his special appearance in Mammootty starrer Peranbu, and Kabadadaari. He also debuted in Tollywood with the Telugu version of the latter movie. He played an other important role in kabadathari which babies him enough visibility in Tamil and Telugu respectively. He is yet again back on the headlines for his outstanding performance as an antagonist in the recent Tamil release ‘Friendship’, where audiences have wholeheartedly appreciated him for his finest spell. With the upcoming lineup of movies, it’s obvious that his filmography page is going to be filling up with dual avatars of JSK as an actor and producer.

It is noteworthy that the film industry always had special place for some versatile actors who were equally popular actors all languages has been enjoying the privilege of winning the zillion hearts with their spellbinding performance irrespective of what roles they play. Producer-turned-actor JSK prowess performance in any given role is placing him in the same league . If his cimmmitenent and passion are to be considered here is a complete Actor who is here to stay forever.

While his kitty is filling up with many offers, he is very keen on choosing unique and content-driven characters.