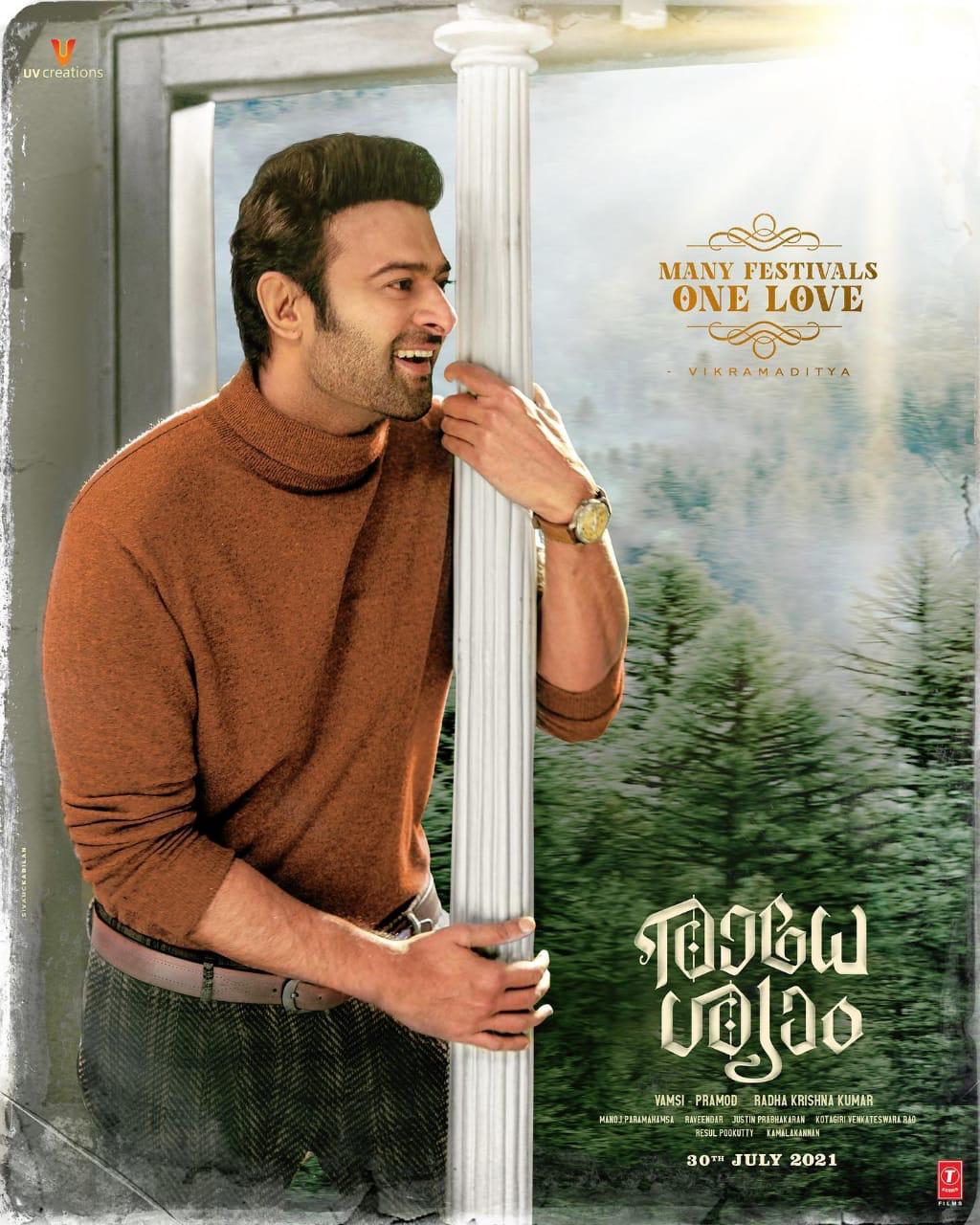 Team Radheshyam and Prabhas wish everyone Happy Tamil New Year with a new poster captioned ‘Many festivals, one love’

The posters of the much-anticipated film Radheshyam have left everyone awaiting the release already. From the first look of Prabhas and Pooja Hegde starrer to the recent unveiling of a few more glimpses— the makers of the film have released a new poster wishing Happy Tamil New Year with the caption ‘Many festivals, one love’.

In the posters, one can see Prabhas in his retro avatar donning a brown turtleneck and creating yet again, an aura for the film which is widely awaited. The posters wish and celebrate the festival of Tamil New Year.

The makers took to their social media and shared, “Happy Tamil Year.”

Truly, with these gradual treats for the audience, Radheshyam promises to be the exciting film where Prabhas will be returning to romantic genre after a decade. Every glimpse of the film brings grandeur and an era with it.

A romantic-drama film, Radheshyam stars Pooja Hegde opposite Prabhas. The actor will be seen in a romantic role after a decade and the poster is sure to add up to the excitement. From the backdrop of Rome to this unique way of celebrating the diversity of the nation and its languages, the new poster takes the excitement to the next level.

The film will hit the screens on July 30, 2021 and fans are losing calm as the wait it testing, they cannot wait to see the Pan-India star Prabhas romance the gorgeous actress, Pooja Hegde in the film.

‘Radheshyam’ will be a multi-lingual film and is helmed by Radha Krishna Kumar, It is being produced by UV Creations.

The film is produced by Vamsi and Pramod.

The makers of Radheshyam set the mood romantic with this latest poster.

Gear up and watch out for 2021 as the year of Radheshyam.